The University hosted the US-UK Fulbright Commission’s annual Forum conference last week, which was based in various locations across Northumbria’s City Campus and beyond, including an evening meal at The Baltic Centre for Contemporary Art (BALTIC) in Gateshead.

The Fulbright Forum formed part of the University’s announcement to partner with the Commission and offer an annual scholarship to an American student for postgraduate study in the field of Art and Design.

Fulbright is arguably the most prestigious scholarship programme in the world, recognising academic excellence and fostering educational exchanges between the US and UK 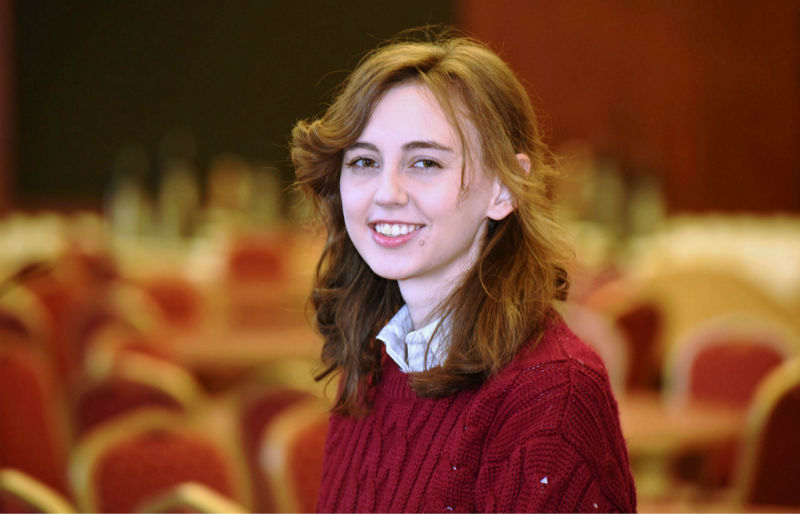 Northumbria’s inaugural Fulbright Scholar is Catriona Whiteside who is studying a Masters in Conservation of Fine Art, a two-year postgraduate degree focussing on restoration and conservation in works of art of paper. The award will fund Catriona’s study and living costs over the two years.

Born in England and raised in the United States, Catriona graduated from the University of Arkansas in 2014 with a BA in Chemistry and Fine Art. While in the UK she is looking forward to exploring the rich culture and history to which her family has been part of, and developing her passion for art conversation.

In completing her studies Catriona will join an illustrious group of Fulbright Alumni including members of US Congress and Nobel and Pulitzer Prize winners.

Jon Reast, Pro Vice-Chancellor (International) at Northumbria University, said: “We’re incredibly pleased to welcome around 70 American scholars currently studying, researching and lecturing in the UK, to Northumbria University. The Fulbright Commission is such a prestigious organisation, that it really is an important indicator of the quality of its UK partner universities.

“We currently have students from more than 140 countries from around the world. The Fulbright Commission and other initiatives have been really helpful in bringing more US students to Northumbria.”

The Fulbright-Northumbria Award was established in 2014, following discussions between the University and the Fulbright Commission regarding the development of an award that would reflect Northumbria’s strengths in Art and Design.

The award covers the costs of tuition and also provides living expenses to support the student during their time at Northumbria.

Applications for the 2017 award have shown a sharp increase on last year and over the next few weeks the University will work with the Fulbright Commission to select the successful candidate.

The Fulbright-Northumbria Award is part of a programme of increased engagement with the US, embodied by its status as a commitment partner in Generation Study Abroad, a US Government-supported initiative to double the number of US students studying overseas annually from 300,000 in 2011/12 to 600,000 by 2020.

We partner with the best universities in the UK and are particularly impressed with Northumbria’s record in art and design.

“This year we asked a number of our partner institutions about hosting the annual Forum conference, and Northumbria came up with the most engaging programme that has proved to be very inspiring for our American grantees. We’re delighted to have been able to spend time here.”