They just want it to be over. That’s my sense of things after watching recent campaigning for the 2016 elections in the US’s ultimate battleground state: Florida.

I spent the last few days before the election in the gulf coast beach resort of St. Petersburg and the Central Florida college town of Gainesville. In St. Pete, as it’s known, I encountered the annual conference of the Southern Historical Association, a biker convention, and more stag and hen parties than you can shake an inflatable penis at. In Gainesville, home to the University of Florida, there’s an annual arts festival in full swing right now, but it’s also home to the Gatornationals, one of the nation’s premier drag-racing meets.

Driving between the two along Interstate 75, you can see down-at-heel trailer parks and upscale horse-breeding estates. It’s a land of contrasts. This diversity explains why Florida has been beset by so much frantic last-ditch campaigning, and why its people’s presidential choice is proving so difficult to predict.

Factor in the heavily Hispanic South Florida region around Miami, which also boasts enormous numbers of retirees from the north, and the so-called “Redneck Riviera” of the Panhandle, a largely conservative region that extends west towards Alabama, and the complexities of the state and the difficulties of organising a coherent state-wide campaign become even more evident.

Florida is now another part of Purple America – a place where red and blue loyalties mingle. Both camps have no choice but to try to win the state.

With 29 of the 270 electoral college votes needed to win the presidency up for grabs, Florida is just too important to neglect. The weekend before the vote, Trump was in Tampa, trying to rally support among his base white supporters and making special, if probably futile, appeal to African American and Hispanic voters. Bill Clinton was in Gainesville, then Kissimmee. Democratic vice-presidential nominee Tim Kaine was also in the state, taking in Fort Myers and Sarasota before jamming awkwardly with Jon Bon Jovi in St. Petersburg on Saturday night.

Right to the bitter end, both sides are pumping enormous financial resources into the state. The Democrats had, as of November 5, spent US$77.2m in TV ads in Florida; Trump has spent less than half that, at US$38.2m. The huge effort from the Democrats is especially telling: Florida has voted Republican many times before, and Clinton could win the White House without it, but it’s very difficult for Trump to get to the Oval Office without detouring through the Sunshine State. She is trying hard to head him off.

A Democratic Party political organiser who has been parachuted into St. Pete to help with the final week’s efforts, explained the calculations to me. The Democrats are cautiously confident that Clinton will win the top of the ticket race – though as she admitted, nobody working on an election should ever be wholly confident again post-Brexit. The campaign team are at least resigned to the fact that there isn’t much more they can do to bolster Clinton’s personal support in Florida. Minds are largely made up. They do, however, feel they can still make a real difference in tight down-ballot races, especially for the Senate.

Ultimately, however, all this feverish activity and endless speculation seems to be taking its toll on the Florida electorate. The single most common reaction among those I spoke to was exhaustion with the whole protracted and often painful process. This campaign has stirred anger, incredulity and, latterly, simple fatigue. Across the political spectrum, there was enormous relief at the welcome distraction of a titanic baseball World Series final between the Chicago Cubs and the Cleveland Indians, in which the former ended a 108-year losing streak. Early voting means that for millions of people, the election is already over: their votes are cast. They just want a result. 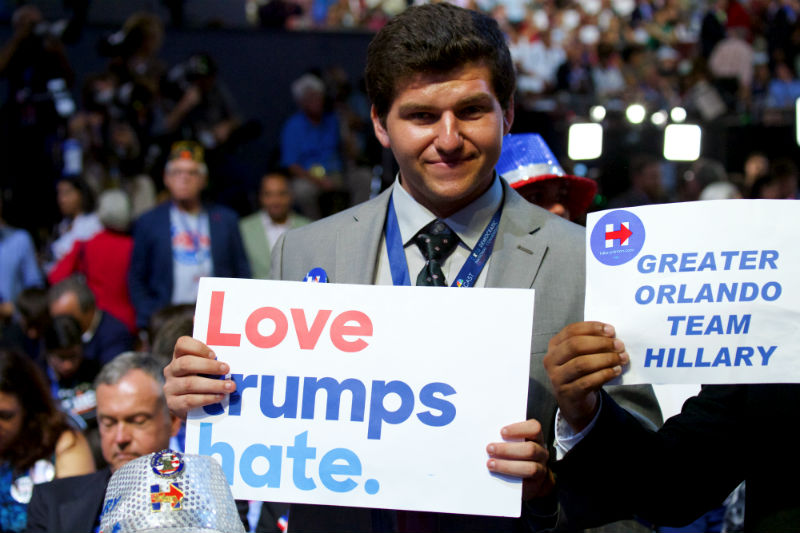 Of course, there are still plenty of people making calls, putting up (and sometimes tearing down) yard signs, trying to mobilise the vote for their preferred national and local candidates. There may even by a few people who actually still pay attention to the endless stream of relentlessly derogatory ads coming from both camps.

This jaw-droppingly sad exercise in lowest-common-denominator politics is now almost totally bereft of any discussion of policy except in the most abstract terms. The election is now all about surface and style, prejudices and posturing. “It’s a circus,” lamented a long-time Democratic Party activist in Gainesville, despairing at the absence of substantive debate and lack of civility in the campaign.

This isn’t about apathy. I spoke to a lot of people who think that this election will define the future of American democracy. If anything, it’s the Clinton supporters who have the most apocalyptic vision. How, they ask, can a man whose actions and rhetoric embody the worst kinds of ignorance, prejudice and arrogance find himself within striking distance of the White House? As they see it, something is rotten in the heart of the republic.

Pray for the day

While the bile I heard many Trump supporters direct towards Clinton sometimes smacked of little more than crude sexism, the unease about her integrity, financial dealings, and political judgement is real enough.

Some Florida Democrats share those reservations, but will turn up to vote for a woman who is arguably the best qualified candidate for the office in US history. They take a pragmatic view of her wheeling and dealing and lapses of judgement, arguing – not unreasonably – that there’s probably no politician who has reached her level of power without sailing close to the wind.

For Trump’s most vehement supporters, meanwhile, a Clinton victory would simply confirm that the system is, as their hero likes to proclaim, rigged. They believe a Clinton win means business as usual for a cabal of Washington insiders. But many Republicans who ultimately vote for Trump will do so with a heavy heart.

Trump has no real conservative credentials, sits well outside the embrace of the Christian Right, and has displayed levels of misogyny and bigotry that genuinely distress many Republicans. He has further divided an already fractious party to which he has, at best, a tenuous ideological and historic connection. One dispirited Republican told me he was reading his Bible daily for guidance on whether he should vote at all. He could not countenance Clinton; Trump was nearly as problematic.

So how will this all play out? Despite both parties’ money and best efforts, in Florida the race remains officially too close to call. A RealClearPolitics averaging of polls has Clinton by one point, at 47% to Trump’s 46%; the Tampa Bay Times announced that according to early voting data, Republicans had “a razor thin ballot advantage of 1,833 over Democrats”.

In yet another indication of the inscrutability of the outcome, the same paper has endorsed Clinton for president, Democratic candidates for the US and Florida Senates, and a purple slate of Republican and Democrats for the US House of Representatives and local Florida offices.

Florida voters are, as ever, up for grabs, and everyone is duly piling on. No surprise they’re getting tired of it. 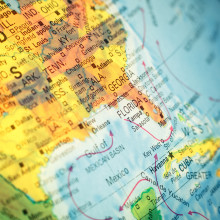 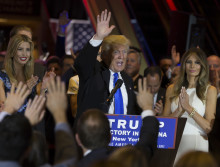 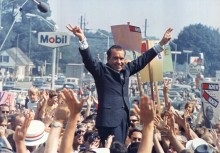