A Northumbria University historian has been awarded £1.2m to research the role immigration played in developing new technologies around the eve of the Industrial Revolution.

Dr Felicia Gottmann will explore how the textiles, pottery, scientific instruments and weapons produced by different countries during this time were often reliant on the expertise of skilled craftspeople from overseas.

She and a team of researchers will compare examples from Europe, the Middle East and South and East Asia to investigate how the skills required to produce high-quality items such as silks, porcelain and firearms were successfully transferred from one country to another thanks to skilled immigrants.

Working with museums, community organisations and current migrants, the research team will also engage in conversations around the value of immigrant skills and develop resources for teachers, museum visitors and families, including a virtual exhibition.

The research is being funded through UK Research and Innovation (UKRI) after Dr Gottmann was awarded a prestigious 2020 UKRI Future Leaders Fellowship, announced today (Thursday 15 October).

Speaking about the project, Dr Gottmann said: “The years between 1500 and 1800 were a period of great economic and technological change, with Europe overtaking Asia as the global centre for manufacturing following the Industrial Revolution.

“Much of this change, and the technological innovation which led to it, was the result of knowledge transfer between countries, through the movement of people, whether that was voluntary or, in some cases, by force.”

“Migration can strengthen or even birth new industries: think of the Huguenots bringing silk weaving to England and Prussia, or immigrant and first-generation Jews founding and running Hollywood.

“To establish new technologies and manufactures, entrepreneurs and governments need to involve experts, often from abroad. For example, in the eighteenth century Hyder Ali and Tipu Sultan of Mysore in India invited French and Ottoman experts to develop their weapons technology and instrument making; and in France officials brought in groups of Indian and Levantine cotton weavers to develop the French textile industry.”

One of the challenges of Dr Gottmann’s research is a lack of first-hand accounts from the immigrants who moved from their home countries around the world to share their skills during this time.

The research team will therefore be relying on the physical objects left behind to tell the story and will work with The Bowes Museum in Barnard Castle, Durham University’s Oriental Museum, and the German Museum of Technology in Berlin.

Mirant stories developed together with members of The Other Perspective (TOP), a community interest company based in the North East of England, and with the Discovery Museum’s Destination Tyneside galleries will also contribute to the research, giving an insight into the history of people from around the world who settled in Tyneside over the years.

The research will take place over the next four years and aims to explain which factors influenced the success or failure of the integration of expert migrants, and how successfully their skills and products were passed on.

Dr Gottmann, a member of Northumbria University’s Department of Humanities, is one of 101 fellows based at UK universities and business who will be supported through an investment of £109 million through this latest round of the Future Leaders Fellowships scheme.

UKRI’s initiative aims to support the creation of a new cohort of research and innovation leaders who will have links across different sectors and disciplines. Awardees will each receive between £400,000 and £1.5 million over an initial four years.

The grant supports challenging and novel projects, and the development of the fellow’s career. The funding can also used to support team members, their development, and pay for equipment and other needs.

Announcing the successful fellows at today’s Future Leaders Conference, Science Minister Amanda Solloway said: “We are committed to building back better through research and innovation, and supporting our science superstars in every corner of the UK.

“By backing these inspirational Future Leaders Fellows, we will ensure that their brilliant ideas can be transferred straight from the lab into vital everyday products and services that will help to change all our lives for the better.”

"The fellows announced today illustrate how the UK continues to support and attract talented researchers and innovators across every discipline to our universities and businesses, with the potential to deliver change that can be felt across society and the economy." 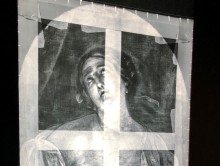 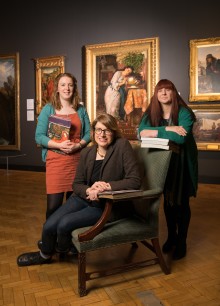