The team, led by solar physicist Dr Richard Morton, will spend the next four years exploring some of the fascinating phenomena associated with our closest star – including powerful solar winds and the giant, planet-sized concentrations of magnetic fields known as sunspots.

They will use advanced mathematical techniques and cutting-edge computer simulations to create models of the Sun which will provide new insight into the physics behind its activity.

He will work alongside colleagues at Northumbria, as well as scientists at the National Center for Atmospheric Research and Harvard Smithsonian Centre for Astrophysics in the United States, and the Instituto de Astrofísica de Canaria in Spain.

The aim of the RiPSAW project is to examine the role of magnetic waves in the heating the Sun’s atmosphere to a million degrees and generating powerful solar winds. As Dr Morton explains: “Many stars possess their own weather systems, although these systems are extreme compared to those we experience on Earth.

“In our solar system, a hot, million-degree wind blows off the Sun at colossal speeds reaching millions of miles per hour, washing over the planets.

“The Earth’s magnetic field protects us by deflecting this wind, but other planetary bodies in the solar system have been exposed to its influence – for example, the Sun’s wind is known to have stripped Mars of its atmosphere.

“We know the Sun loses over 10 trillion tonnes of material each year through its winds, so are also interested in finding out how these winds contribute to a star’s evolution, and how they might influence the habitability of exoplanets around other Sun-like stars.”

Magnetic waves, also known as Alfvén waves, can transfer energy through a star’s atmosphere and are considered an important feature of any magnetic star.

Exciting results from Dr Morton’s recent observations of the Sun have found evidence that magnetic waves high in the atmosphere react to sound waves leaking out from the inside of the Sun, challenging our current knowledge of how energy is transported through a star’s atmosphere.

The RiPSAW project will use new methods drawn from statistics and machine learning to analyse high quality data of the Sun from state-of-the-art solar instruments, such as NASA’s Solar Dynamic Observatory.

Dr Morton is among 90 academics awarded a 2020 UKRI Future Leader Fellowship. The scheme aims to grow the strong supply of talented individuals needed to ensure a vibrant environment for research and innovation in the UK.

The Fellowships are open to researchers and innovators from across business, universities, and other organisations. Investment of up to £1.5 million over four years is available to enable the next generation of researchers to benefit from outstanding support to develop their careers, and to work on difficult and novel challenges.

Speaking about all 90 fellows announced today, Sir Mark Walport, Chief Executive of UK Research and Innovation, said: “The Future Leaders Fellowships are UKRI’s flagship talent programme, designed to foster and nurture the research and innovation leaders of the future. We are delighted to support these outstanding researchers and innovators across universities, research organisations and businesses.”

Dr Morton added: “I feel very grateful to have been awarded such a fantastic fellowship. It will make a huge difference to my career and provides a fantastic opportunity for me to build and develop my own research group. I can’t wait to get started.”

Dr Morton joined Northumbria in 2012 as an Anniversary Research Fellow in the University’s Department of Mathematics, Physics and Electrical Engineering. In 2014 he was awarded a Leverhulme Trust Early Career Fellowship. He is a member of Northumbria University’s world-class Solar Physics research group.

To find out more about the University's Department of Mathematics, Physics and Electrical Engineering, please click here. 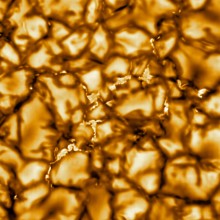 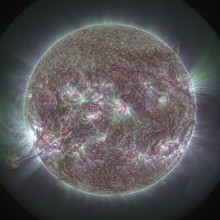 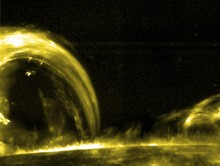 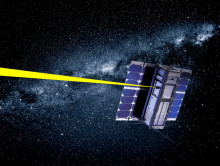 ​A Northumbria University historian has been awarded £1.2m to research the role immigration played in developing new technologies around the eve of the Industrial Revolution. 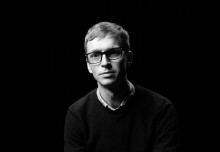 A Northumbria University scientist, whose research has helped change our understanding of the Sun’s magnetic waves, has been recognised for his outstanding contribution to the field of solar physics. 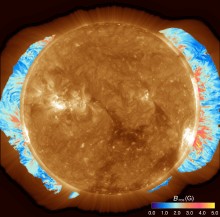