A free five-week course answers all of these questions and more, exploring the global impact the North East has had on the world ,and what it means to be a ‘Geordie’.

Utilising innovative videos, short articles and quizzes, learners of all ages and abilities will be introduced to the historical, technological and cultural connections between the North East and the wider world by Northumbria’s expert team, led by Dr Leona Skelton, Vice Chancellor's Research Fellow in the Humanities at Northumbria.

She said: “As both a historian of the North East and somebody who is proud to be from the region, it’s really exciting to be able to showcase Northumbria’s expertise in local history and culture in this way.”

Brian Ward, Professor in American Studies at Northumbria is Leona’s co-host for Global Geordies and appreciates the world-wide reach of these free online courses.

He added: “As with Northumbria’s American South MOOC, which is now in its third run with Future Learn, we are already seeing enrolments for Global Geordies from all over the world.”

The MOOC is open to people living anywhere in the world. During the five-week course, students will learn how the North East’s industry and trade inspired global innovations in science and engineering. They explore the rich history of diversity in the North East, and learn about the regeneration taking place in the region today, and how it will affect the future.

The course has been designed to share a wide range of fascinating research findings from staff at Northumbria to facilitate discussion, reflection and deeper understanding of the two-way relationships between the North-East and the world, with three main thematic pillars running throughout the course - political, environmental and cultural factors.

Delivered in partnership with Future Learn, Global Geordies will be led by experts from Northumbria’s Institute of the Humanities. This cross-disciplinary centre is dedicated to exploring the many facets of what it is to be human and what drives us in terms of culture and creativity. Research at the University’s Institute of the Humanities brings together the disciplines of Art History, American Studies, Creative Writing, English Language and Linguistics, English Literature, History, and Media Studies.

The Global Geordies course follows the successful launch of the American South MOOC at Northumbria last year. If you want to learn more about the history, literature, politics, film, art and popular culture of the United States, then American Studies at Northumbria is the ideal choice. Whether your interests lie in the Civil War or the War on Terror, Walt Whitman or Walt Disney, this course will help you to develop your critical and imaginative skills in the context of the American experience and its global significances. To find out more go to: www.northumbria.ac.uk/humanities

Global Geordies launches in partnership with Future Learn on 26 February 2018. To sign up for this free course visit: https://www.futurelearn.com/courses/global-geordies

You say toe-mato, we say tomato

Have you ever felt like President Trump is speaking another language? This year’s linguistics conference at Northumbria will explore this very issue as guest speaker Lynne Murphy discusses the ‘special relationship’ between British and US English. 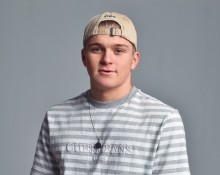 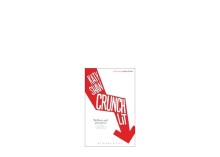 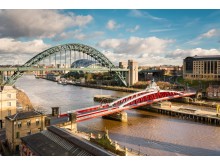