No Yes
Design by Ellie Childs, one of the Northumbria University graduates recognised at this year's D&AD New Blood Festival

The skills and vision of Graphic Design graduates from Northumbria University have been recognised during the UK’s biggest annual celebration of up-and-coming design talent.

Three final year students from Northumbria’s class of 2020 were named as ‘Ones to Watch’ during this year’s D&AD New Blood Festival, while a fourth was awarded a coveted Pencil Award.

The festival provides an opportunity for final year graphic design and illustration students to showcase their work in front of leading agencies and talent spotters, with many securing placements or employment as a result.

Each year festival judges select the most promising and exciting entries from all those exhibiting – identifying them as ‘Ones to Watch’ in the future.

This year, three students from Northumbria University’s Graphic Design BA (Hons) course were selected for this prestigious accolade in recognition of their innovative design work, tackling health issues, sustainability and the relationship between images and text.

Among them is Becca Beaumont, who used her personal experience of living with irritable bowl syndrome (IBS) to design her personalised food subscription box brand, Bottom Line. 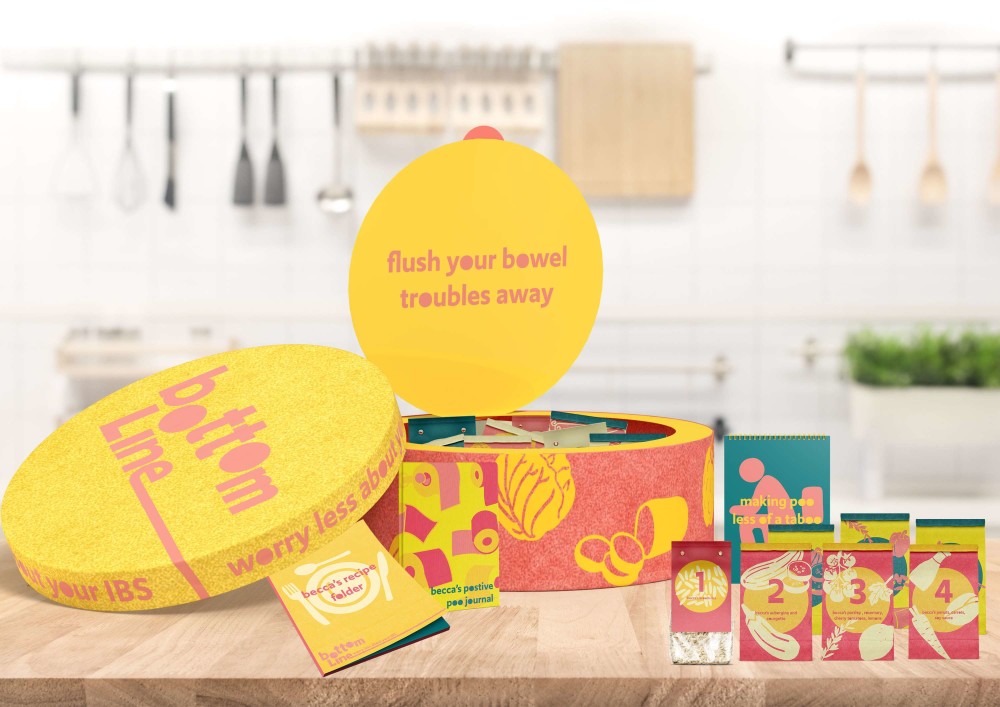 The product aims to provide healthy meal choices based around individual food intolerances, as well as opening up conversation about IBS, which as Becca knows from experience, can often be a sensitive topic.

As she explains: “People are often embarrassed to admit they have IBS, so the challenge was to destroy the stigma behind the illness, as well as providing a helping hand to IBS sufferers by giving them access to foods they enjoy and know they can eat without aggravating their condition.

“Bottom Line is unique as the boxes are personalised to the customer, and there are additional extras such as a bowl movement journal, recipe folder, hot water bottle and meal prep box.

“The box in which the food ingredients come in, as well as other packaging used for ingredients, is recycled into loo roll so the brand is completely sustainable.”

Also named as ‘One to Watch’ was Ellie Childs, selected for her project exploring image and type. Her winning illustration was created as part of the 36 Days of Type project, in which designers, illustrators and graphic artists were asked to interpret the letters and numbers of the Latin alphabet through design. 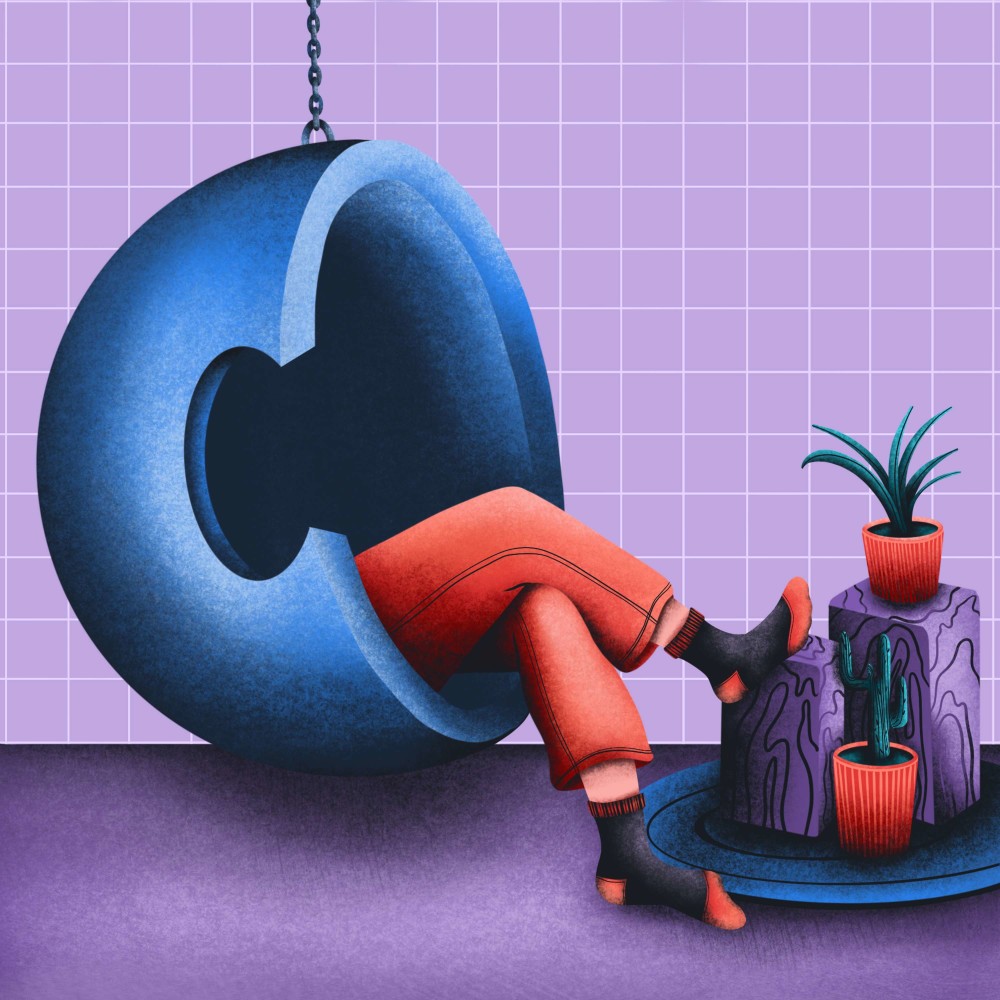 Ellie used a consistent colour palette and texture to explore the different ways that type and image can interact, while ensuring the letter was still the focus of each illustration.

The project was carried out in addition to Ellie’s degree work and, having designed letters A to E while studying, she plans to continue the series now she has completed her degree.

The third successful student was Samantha Bailey, who specialises in branding, advertisement and logo design. Her winning project used design to inspire young people aged between 15 and 25 to make meaningful changes to live more sustainably. 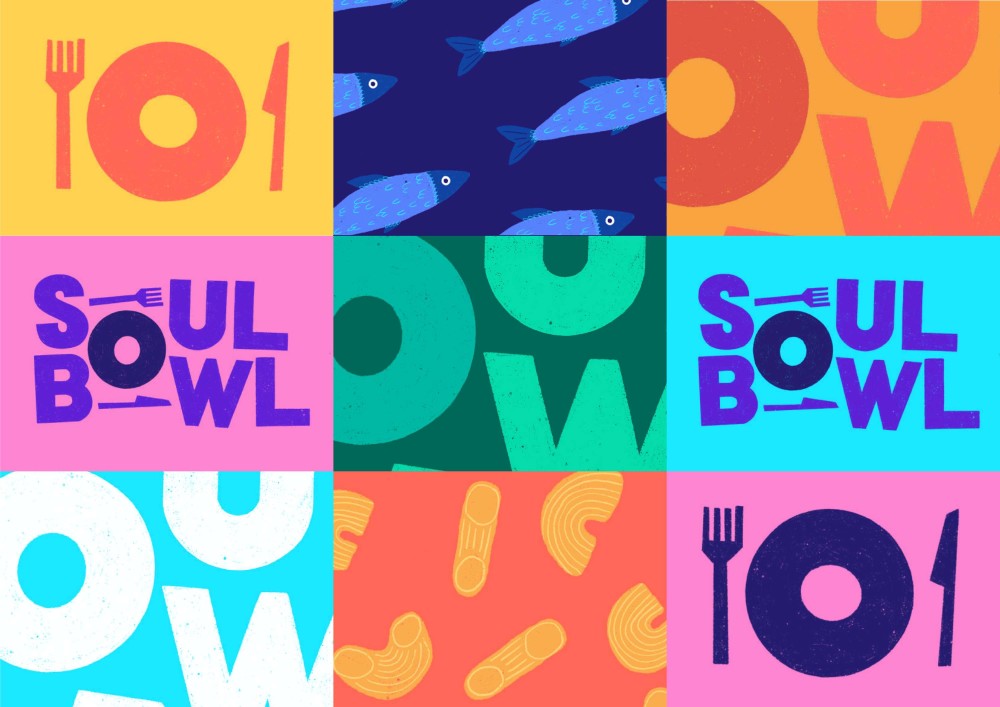 In addition, final year student Issy Robinson was awarded a much coveted D&AD Wood Pencil award for her bike scheme Campanello, designed in response to a brief set by VBAT Superunion.

Created for Rome, Campanello is heavily inspired by the vintage design of Italian scooters such as Vespa and the Lambretta, with film stars such as Audrey Hepburn, Claudia Cardinale and Sophia Loren incorporated into the branding campaign to further emphasise the retro aesthetics. 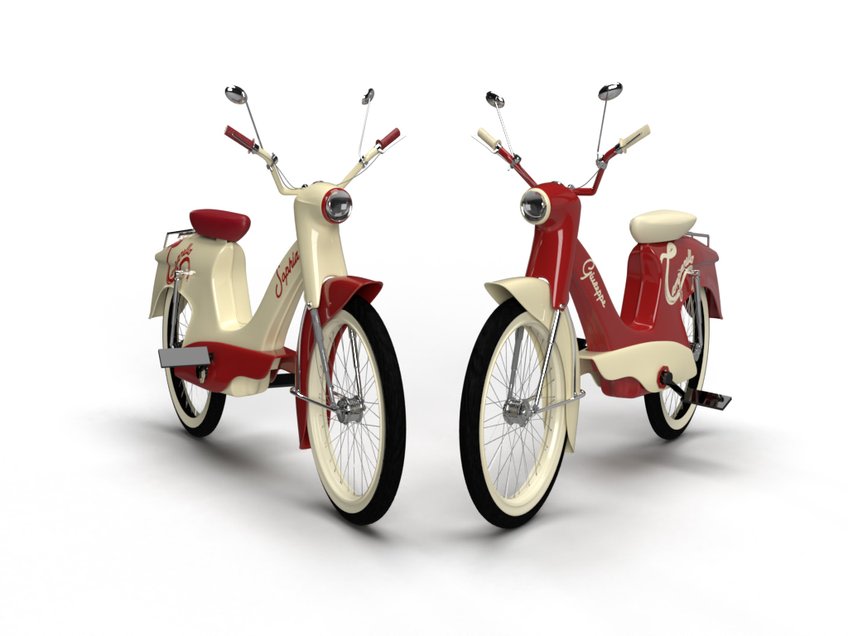 Speaking about the award, Issy said: “Winning felt very surreal, I received an email announcing that out of 3,000 entries from around 60 countries I had won a D&AD New Blood Pencil. I was beyond shocked and very overwhelmed realising that a panel of professional design judges thought my bike project was worthy of a pencil.”

Issy, who now plans to study for an MA in Communication Design at Northumbria, added: “My time at Northumbria has shaped me into the designer I am today. Attending university created a unique opportunity for me to gain insight into a studio environment, whilst at the same time allowing me to build some me good contacts and make great friends along the way.”

This year the D&AD New Blood exhibition, which normally takes place in London, was replaced with an online showcase, due to Covid-19 restrictions.

Senior Lecturer in Graphic Design Andy Reay said: “The Graphic Design BA (Hons) at Northumbria University has a great reputation for producing graduates with insight, depth and understanding to their conceptual thinking and ideation. It is this focused and innovative approach to problem solving that has continued to keep the course modern and relevant to the creative industries that continue to seek out our graduates.

“It is great to see so many of our graphic design students recognised again this year, by what is arguably the Oscars for all design students. Indeed, Issy’s Pencil win takes the total number of awards at D&AD (Design and Art Directors awards) for the Graphic Design BA (Hons) course to a staggering 86 since we first entered in 1993.”

Find out more about studying Graphic Design BA (Hons) at Northumbria University or join one of our virtual open days.

One of Newcastle city centre’s most iconic locations is the inspiration behind a new exhibition of work by Northumbria University students, launching next week.

Graphic Design students from Northumbria University have teamed up with Sporting Chance to help promote the emotional and mental health support provided to athletes by the charity.

A collaboration between Northumberland National Park Authority and Northumbria University has seen the creation of ARcheoBox; a new walk-up-and-use interactive experience which uses augmented reality (AR) to allow the public to get hands on with 3D models of valuable historic artefacts.

A Northumbria University graduate has won a medal at the prestigious London Design Festival (LDF) awards ceremony this year for his impact on the design scene.