The people of Oklahoma have been determined that the tragic events of 19 April 1995 are not forgotten, and made it a legal requirement for children in the state to study the attack as part of their school curriculum.

Now there are plans for a play about the bombing, written by an academic from Northumbria University in Newcastle upon Tyne, to be used in schools across the state of Oklahoma, allowing them to engage with this important part of their history in a new way.

In the Middle of the West was written by award-winning playwright Steve Gilroy in 2015 to mark the 20th anniversary of the bombing of a federal building – still the worst domestic terrorist attack in US history.

After being commissioned by Oklahoma City University (OCU), Steve conducted interviews with family members of victims, survivors, local politicians and officials, and first responders of the attack.

These interview recordings, along with information about different characters involved in the bombing, were then developed as an integral part of the play.

In the Middle of the West was first performed in the US by OCU students in 2015 and has since been studied and performed by a growing number of Middle and High School students across Oklahoma, as well as by Performing Arts students at Northumbria University.

Talks are now taking place between Steve Gilroy and the Oklahoma State Department of Education which could see the play used by thousands of students across hundreds of schools in the future.

Steve, who is Deputy Head of the Department of Arts at Northumbria University, believes studying the bombing through the words and stories of those involved will allow young people to engage with the event and its impact in a new way.

He explains: “The play is told through the true stories and real words of the people who were there and whose lives were affected by the bombing. It gives a completely different insight compared to a history book or a news report.”

Steve has already worked with a number of schools in Oklahoma State whose pupils have performed the play for their local community.

Both the students and teachers involved have said that studying and performing the play has allowed them to understand the terrible events of 19 April 1995 in a completely different way.

Steve hopes this success could be replicated across the entire state, as he explains: “Making the play available to all students in Oklahoma would be fantastic.

“Some of the schools are in very deprived areas where there are few chances to take part in extracurricular cultural or artistic activity.

“Studying the play would offer opportunities to explore performing arts while at the same time learning about this important moment in Oklahoma’s history.”

Steve was commissioned to write the play due to his expertise in verbatim theatre – a form of documentary for the stage based on personal interviews and transcripts.

He believes this is a technique which could be used by students to explore a wide variety of issues.

As he explains: “I hope studying the play will show students how they can use verbatim theatre interview techniques to create other short dramas around their own lives.

“This isn’t just about the way the play addresses this particular seismic event, but also how verbatim techniques can be used to develop detailed insights into other stories.

“This method can pick up those stories often missed by the media, documentaries or textbooks.

“It could be used by the students to interview members of their own families or their community about issues which affect them, such as unemployment or social deprivation. I’m sure it will play its part in chronicling the personal impact of this latest global disaster.”

The international Covid-19 outbreak has led to the postponement or cancellation of many of the events organised to mark the 25th anniversary of the bombing this year. However, Steve hopes to return to the US to finalise plans to stage the play in different schools and colleges later this year.

Find out more about Northumbria University's Department of Arts and Performing Arts courses. 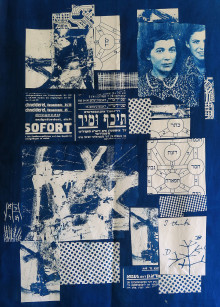 ​Graduating Performing Arts students from Northumbria honoured the victims of the Oklahoma City bombings last night. A group of 19 students performed the UK premiere of In the Middle of the West, a new play written and directed by Steve Gilroy, Northumbria’s Director of Performing Arts.