As part of the £20 million International Thwaites Glacier Collaboration (ITGC), researchers from the United States and United Kingdom will work in one of the most remote and inhospitable areas on Earth.

What is Thwaites Glacier and why is it so important?

At 74,000 square miles, the Thwaites Glacier covers an area the size of Florida or Great Britain. It is particularly susceptible to climate and ocean changes. Over the past 30 years, the amount of ice flowing out of the region has nearly doubled. Computer models show that over the next several decades, the glacier may lose ice even more rapidly, as ice retreat progresses.

Already, ice draining from Thwaites into the Amundsen Sea accounts for about four percent of global sea level rise. A run-away collapse of the glacier would lead to a significant increase in sea levels of around 65cm (25 inches) over the coming centuries. 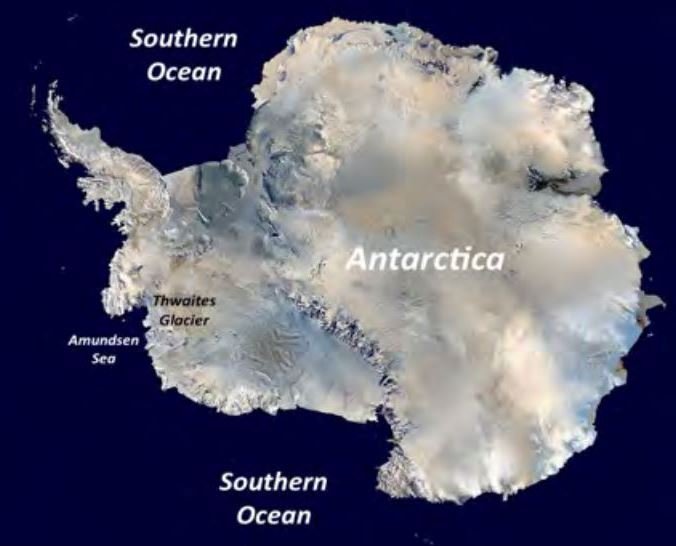 The Collaboration is undertaking eight research projects focusing on different aspects of the glacier and its environment to understand the glacier, the surrounding ocean system and its future contribution to global sea level. The study aims to understand how the Glacier is behaving and to establish whether it is likely to begin to collapse within the next few decades or within centuries.

What is happening on this mission?

Professor John Woodward, Pro Vice-Chancellor of Northumbria University’s Faculty of Engineering and Environment, is a leading glaciologist. He is a member of the GHC project, which is looking at Geological History Constraints on the Magnitude of Grounding-Line Retreat in the Thwaites Glacier System.

GHC is one of five teams who have travelled to Antarctica to undertake their essential fieldwork during this austral summer, when temperatures are slightly above freezing and the continent receives nearly 24 hours of daylight.

Working with another scientist and two field guides, Professor Woodward will be based deep in Antarctica’s Hudson Mountains, spending two months working to identify suitable sites for subglacial bedrock drilling to take place during the 2020 austral summer.

They are looking for evidence of the glacier retreating in the past. If it has, they can learn more about how it recovered and how it is currently responding to environmental conditions.

Another team representing the GHC project will be based at Mount Murphy will use radar and drill through the ice to collect rock samples that are still covered by the ice sheet.

Speaking about the study, Professor Woodward said: “We don’t know whether the glacier has retreated in the past or not. To establish whether it has, we need to drill through 200 metres of ice into the bedrock below to find out whether the bedrock has been exposed to cosmogenic rays from space in the past.

“These rays impact on the composition of the rock and how nuclei decay over time. They will help us to establish whether current changes to the glacier are unique and are a rapid and catastrophic response driven by significant changes in global climate. Or, it may be ‘business as usual’ and part of a normal cycle that we’d expect to see from these Antarctic glacier systems.

“International collaboration is the only way to understand the complexity and enormity of the changes occurring in these pristine environments. My work will contribute to our understanding of the stability of the glacier system and our impact on it – has it changed in the past? Is it changing now? When and how will it change in the future?”

Professor David Vaughan, Director of Science at British Antarctic Survey and lead scientific coordinator for the International Thwaites Glacier Collaboration in the UK added: “Due to its remoteness, fewer than 100 people have ever set foot on Thwaites Glacier. So what we’re planning is hugely ambitious and challenging.

“I’ve been working in Antarctica for over 30 years and for many years we’ve known that Thwaites Glacier holds the key to a much better understanding of sea-level rise. This is our first chance to get a deeper understanding of this unknown yet important glacier.

“This joint UK/US effort will make a real difference to our ability to provide governments with the right information for policy and business actions that will help protect coastal cities, ecosystems and vulnerable communities in the future.”

Northumbria University is quickly becoming known as one of the world’s premier institutions specialising in the impact of climate change on our polar regions and is the only UK university to be involved in more than one of the ITGC projects.

Professor Hilmar Gudmundsson of the Department of Geography and Environmental Sciences is leading a project called PROPHET which will develop new computer modelling processes to model the history and evolution of the glacier and its ice flow.

Professor Woodward added: “The fact that Northumbria is involved in two of the eight funded proposals reflects the world leading strength of the science in this field at Northumbria University.”

The International Thwaites Glacier Collaboration is a five-year joint UK/US study funded by the UK Natural Environment Research Council and the US National Science Foundation. Its ultimate goal is to predict how much Thwaites will contribute to global sea level rise, and when these changes may occur.

Two major glaciers in West Antarctica may be losing ice faster than they have in at least the last 5,000 years, finds a study involving researchers from Northumbria University.

The world’s first inventory of subglacial lakes has been compiled, providing researchers with a comprehensive directory of where the lakes are and how they are changing in a warming climate.