Northumbria University graduates are far more likely to gain professional employment than those from other universities, according to the latest nationwide graduate employability survey.

The University is now ranked 9th in the UK for the number of graduates in either professional roles or graduate-level study, with Northumbria graduates scoring higher than the national average for employability in the latest Destination of Leavers from Higher Education Survey.

The annual survey questions students six months after graduation to find out what they have gone on to do. Overall, 93% of Northumbria’s 2015 graduate cohort were in work or further study after six months, scoring higher than the national average of 90%. More than three quarters of these Northumbria graduates were employed in professional and managerial roles, or were enrolled in further graduate level study.

Northumbria University has extensive links with employers to ensure that its students have the opportunity to give their career the edge. More than 560 employers sponsor students throughout their studies and a large number of courses are accredited by almost 50 professional bodies, meaning many students graduate with professional accreditation as well as their degree qualification. In addition, many courses have integral placements and provide students with the opportunity to spend up to a year working in industry.

The University also runs a highly successful enterprise scheme in which students and recent graduates receive support to start-up their own businesses. Since 2009, Northumbria has supported the development of more than 130 graduate companies which now employ over 1,000 staff and have a combined turnover of almost £67 million.

Professor Andrew Wathey CBE, Vice-Chancellor and Chief Executive of Northumbria University, said: “Today’s Northumbria graduate is distinguished from others by their intellectual expertise, their leadership capability and their employability. Our ranking within the UK top ten for the number of graduates in professional roles demonstrates the success of this strategy.”

Earlier this year, Northumbria was rated as the number one North East university for ‘good industry connections’ in the Times Higher Education Student Experience Survey. 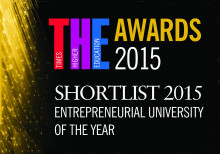 Northumbria University students are more satisfied than the average UK university student, according to the results of the 2015 National Student Survey, in which the University has improved its ratings in almost every area. 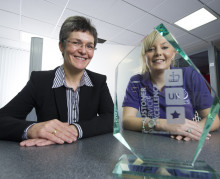 Northumbria University’s Student Support and Wellbeing Service have met the national accreditation for providing excellent customer service to its clients.

Northumbria University, Newcastle has scooped the Business School of the Year award at this year’s prestigious Times Higher Education (THE) Awards.

EXPERT COMMENT: Does a free place at an independent school really trump going to a state school?

Michael Jopling, Professor in Education at Northumbria University, writes about diversity within the private education sector in the United Kingdom.

As students around the country prepare to receive their exam results on Thursday (18 August), a new national survey commissioned by Northumbria University has revealed around half of current A Level and BTEC students aren’t fully aware of the options available to them since recent changes to the clearing process came into effect. 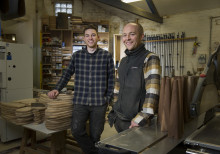 Newcastle-based business James Design has employed a talented and ambitious graduate thanks to financial support from a European-funded project managed by Northumbria University. 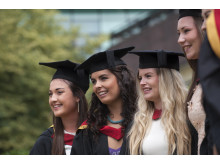 Students graduating at No...