The Northumbria University graduate is best known for designing and inventing the Trunki – the award-winning children’s ride-on suitcase – that has sold millions of units worldwide.

But the former Design for Industry student has beaten overwhelming odds on the road to fame and fortune. For the first time, Rob has put pen to paper and written the extraordinary story of his life – 65 Roses and a Trunki – to help anyone facing difficult challenges in life and business.

Born with cystic fibrosis (children often call the disease ’65 Roses’) Rob watched his twin sister die from the same illness at just 16 years old. Told he could not expect to live into his 20s, Rob was determined that he was going to defy the odds and live a long and successful life.

Despite his business being described as “worthless” when he appeared on BBC’s Dragons’ Den, Rob went on to create a new category of consumer product, built a global business brand, received an MBE from the Queen, and brought joy to millions of children all over the world.

He even bucked the odds when he became a father to three children, after being told by medical professionals that he would never be able to start a family.

“I do my fair share of business speaking and people have often told me I should write a book about my life,” said Rob. “It is mainly a story of resilience, having faced challenge after challenge, and a chance to reflect back on my childhood, growing up with cystic fibrosis. After losing my sister, rather than wallowing in self-pity, I decided life is short and I needed to make the most of it.

“At 14 I knew I wanted to be a product designer and the leading design school at the time, was Northumbria. It was by far the most exciting design course out there, offering work placements to Hong Kong and New York, so I was determined that was where I wanted to go.”

In his second year at Northumbria University, Rob was nominated as a finalist for the 1998 Materials Design Award and was given a brief to produce ‘a design for luggage’. After a visit to Fenwick department store in Eldon Square, Rob was left disillusioned by the luggage selection on offer. He then went to the children’s toy department for some more inspiration.

“I remembered my younger brother riding his toy tractor around the garden,” reminisced Rob. “It struck me that making a ride-on toy, that functioned as luggage, could help children and families avoid hours of boredom while waiting at airports.

“I worked on it as my second-year project and a prototype, which was then called the ‘Rodeo’, won the design award in 98.”

From those humble beginnings, Rob went on to design the Trunki and win a contract with John Lewis, but it wasn’t plain sailing up until then.

The young designer was politely shown the door by luggage and toy companies, who struggled to envisage how Rob’s unique concept would fit with their product offering. After working in New York and Taiwan, he returned to the UK in 2002 and blew the dust off his original design.

Four years later, and Rob finally had his ride-on children’s suitcase on the market, but he was once again struck by misfortune.

“The factory that manufactured the product went bust in 2006,” he said. “The product was then rejected for investment on Dragon’s Den and more recently we lost an intellectual property battle in the Supreme Court.”

Despite this, Rob has managed to grow his business substantially. His company, Magmatic, now employs 80 people at his UK factory in Plymouth and his head office in Bristol. All of Rob’s creations are designed in England and distributed worldwide.

Since launching in May 2006, Trunki has sold over four million suitcases in over 100 countries across the globe.

In his new book, Rob hopes readers will learn that anyone can defy the odds, follow their passion, keep fighting when the experts are telling you to quit, and overcome a whole host of challenges along the way.

“I’ve come to learn that even the biggest challenges are only finite. It’s simply a case of weathering the storm and getting through to the other side.”

EXPERT COMMENT: Does design thinking hold the key to business growth during COVID-19

With the IMF warning that the ‘Great Lockdown’ global recession will be the worst since the Great Depression, organisations are being forced to reset and reinvent faster than ever before. The race is on for entrepreneurs and business owners to craft new plans, develop new products and deliver new solutions in order to survive.

Northumbria has the talent!

​A team of marketing students from Northumbria University, Newcastle, has been crowned winners of this year’s UK Data and Marketing Association (DMA) Talent Marketing Challenge. 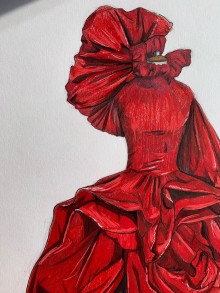 An illustration by a Northumbria University fashion student has been chosen by luxury British fashion label Alexander McQueen to appear in a campaign thanking the NHS. 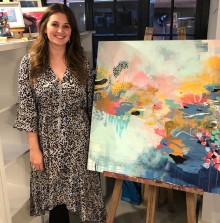 Northumbria University graduate Jessica Slack has been shortlisted for the Signature Art Prize 2019/20 for her painting, Finding Life’s Joy.