Tony Machin, Director of Teaching and Learning in the Social Work, Education & Community Wellbeing department, played the mandolin with punk rockers The Pretty Anarchists in a new version of Fairytale of New-York reframed as ‘Fairytale of Newcastle’.

The original track, released by The Pogues and Kirsty McColl in 1988, is a famous fusion of folk music and punk rock and includes Terry Woods playing the mandolin.

The idea of a CD to raise funds for The People’s Kitchen in Newcastle was the brainchild of Pretty Anarchists frontman Tony Houghton and his wife Karen, from Blyth, Northumberland.

‘Fairytale of Newcastle’ is one of three tracks on the CD the band and guest musicians have recorded in studios in Newcastle and Bedlington, and every aspect of the recording was carried out free of charge by local businesses, so all proceeds from the sale of the CD go directly to the charity.

Tony, who has sang and played the guitar and mandolin for the last 30 years, was asked as a guest musician to play with the band and jumped at the opportunity to support the Newcastle homeless charity. 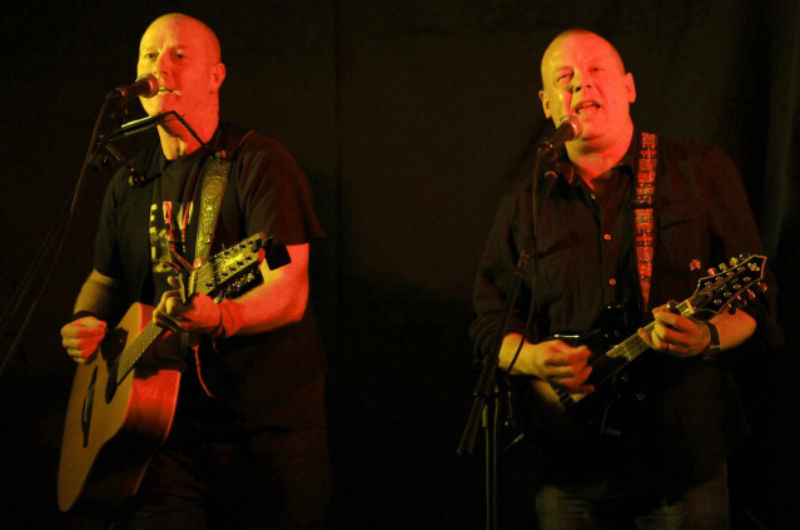 “I have worked in the field of mental health and addiction for many years, including my focus at the University,” he said. “There is a big overlap between the issues of homelessness, mental health and addiction, which makes it particularly pertinent to me. I enjoy collaborating with other musicians at any opportunity; the fact that it was a good cause doubles the value.

“I’ve been around the North East music scene to various extents in various formats, however, I’ve been less active musically over the past couple of years while I’ve completed a PhD. Mandolin is an instrument which gives a different dimension when playing with other musicians who play guitar.

Simon ‘Razor’ Reay, the band’s bass guitar player also works in the mental health field and is a Northumbria University alumnus having completed a part-time degree in Mental Health at the University.

Lead singer Karen, who runs her own business ‘Khaos Clothes’, is also a Graphic Design graduate from Northumbria. She hopes the CD will sell well and raise much-needed funds to help the vulnerable people of Newcastle.

“Six weeks ago I don’t think we realised how many people would get behind this CD,” she said. “Everyone has given the time and resources for free – even the use of the recording studio which would have cost so much money otherwise.

“Six bands from across the region joined us to record the CD and the reaction from people has been amazing.”

The CD, costing £5 for three tracks, is available from Tony Machin directly, various record stores around the region and online HERE

Ladies and Gentlemen, Take Your Seats!

​A Northumbria performing arts lecturer is leading a unique day of music, dance, installation and discussion focused around an everyday object – the chair.

Funding for small arts organisations has been changing significantly and becoming increasingly competitive in recent years. And yet, demand continues to be high from communities who want to work with talented artists.

As a society we cannot hope to end homelessness unless we first address the trauma that many homeless people have suffered throughout their lives – that is the headline finding of a new report Tackling Trauma, Ending Homelessness.