Figures from Childreach International showed that 12,000 children a year fall victim to child trafficking and it was feared that the figure was as high as 20,000 in the 12 months following the earthquakes.

On learning that children in education are 80% less likely to be trafficked, Joy Grenyer who supports international students in Student and Library Services got together with International Development staff Wendy Avery, Lynne Duthie and Andrea Wadham in September 2015, to form a Childreach Action Group and took on the challenge to raise £2,500 needed to build a semi-permanent, earthquake-proof classroom.

By March 2016 the team had raised £2,200 from collecting money at the cloakroom at the Northumbria staff annual Snowball, donations from colleagues in lieu of sending Christmas cards, talks at Whitley Bay Rotary Club and Whitley Bay Inner Wheel by Joy and Wendy as well as bake sales and a raffle, where all baked goods and raffle prizes were donated by generous colleagues.

In August, Equine Touch massage sessions for horses by Wendy and further donations from colleagues, friends and family took the final total to £2,670.18.

Wendy Avery said “We really admire the work of Tshering and the Childreach Team and were all so moved by the movie shown at Northumbria last year; we wanted to take on the challenge to build a classroom. It’s not just about educating children; it’s about bringing parents, families and communities together and educating them too. This challenge also gave us the opportunity to raise awareness of a worldwide problem that is still being overlooked. The more people know; the more people can help.

"We are overwhelmed by the kindness and generosity of the people who helped us to achieve this.”

Northumbria University graduate Dr Tshering Lama returned to Newcastle last year to promote an internationally acclaimed film, SOLD, which tells the story of a 13-year-old girl who is trafficked from her home in rural Nepal to a brothel in India.

Dr Lama came to Northumbria in 2002 to take a degree course in health development studies. He was the first student from the Hyolmo ethnic group in Nepal to go to a British university. He stayed on to take a MA in public health and then a PhD in tele-medicine to improve healthcare in remote parts of his home country by linking people to medical experts for advice.

A Physiotherapy student at Northumbria University, Newcastle, was awarded an inspirational scholarship to undertake a volunteering trip outside of the UK.

A Northumbria University, Newcastle, graduate will represent the UK at an elite programme for future sustainability leaders in Brazil. 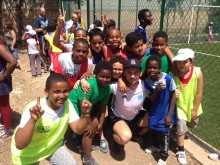 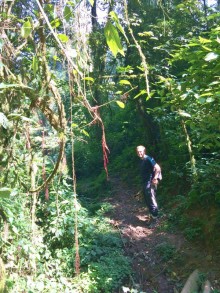 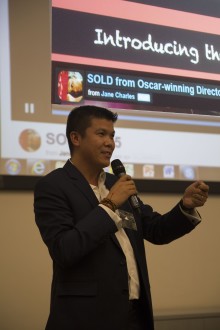 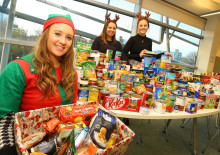 EXPERT COMMENT: Does a free place at an independent school really trump going to a state school?

Michael Jopling, Professor in Education at Northumbria University, writes about diversity within the private education sector in the United Kingdom.