A Northumbria academic has developed an innovative animated film to explore the link between sleep and mental health.

Award-winning animator, Ellie Land, a senior lecturer in Northumbria’s department of media and communication design, teamed up with Professor Peter Oliver, a biomedical scientist from the University of Oxford, to create Sleepless.

The stunning film is the result of a two-year conversation between Ellie and Peter about the links now being discovered between sleep and mental health. Using visual icons rooted in the science of sleep and a structure based on circadian rhythms, Sleepless features the voices of mental health service users who share their experience of disrupted sleep/wake patterns.

Ellie and Peter’s collaboration is part of Silent Signal, an exciting project and exhibition, which runs from 6 February to 6 March at QUAD, Derby before touring the UK. Silent Signal brings six artists working with animation together with six leading biomedical scientists, to create experimental artworks exploring new ways of thinking about the human body.

These six new commissions explore how the immune system functions, how disease is spread and how our genetic code can be manipulated. Each work is the result of an artist closely having collaborated with a scientist for two years to produce an artistic response to their scientific research.

Devised and produced by Animate Projects with a range of partner organisations, and supported by a Wellcome Trust Large Arts Award, the exhibition opens at QUAD Derby this month and tours to Vivid Projects, Birmingham, in March.

Ellie said: “Silent Signal has given me the opportunity to work with Dr Peter Oliver and investigate new ways to collaborate. We have exchanged knowledge and practice methods suitable to our own practices, which has been an exciting way to work. These have impacted the make-up of the film.

“We worked within quite a traditional framework of producing animation, creating storyboards and animatics at first. The framework provided us with a base from which to explore ideas.

“We also worked with a group of service users who are affiliated with local charities Launchpad and Chilli Studios. They too became part of the research process reflecting and feeding back on different stages of production. They also provided testimonials for the film, allowing the film to bridge the gap between research and its application.”

Ellie’s collaborator on the project, Peter added: “We spend one third of our lives asleep, but it is surprising that we still don't know exactly what sleep is for. However, it is becoming clear that disrupted sleep is a feature of many human disorders, including those that influence our mental health.

“Our research at the University of Oxford examines the mechanisms in the brain that control our 24-hour cycles life, or circadian rhythms. By understanding how the brain switches on and off the signals at the right time, we are beginning to examine why improving disrupted sleep patterns could be important for mental health. I was very excited to be involved with the Silent Signal project as I thought that communicating scientific ideas around the theme of time would be very suitable for an animation.

“It has been great working with Ellie and we had many discussions around the science before she made the first test-shots, and I have certainly enjoyed being involved in the creative process. I think the personal testimony in the film has really made the themes accessible to anyone, while still making the science come through. Hopefully the film will reinforce the idea that sleep is important for everyone.”

For more information about Silent Signal, including details of all six commissions and full exhibition dates, visit the project’s stunning, interactive website at: www.silentsignal.org

Northumbria offers a range of courses in Animation. To find out more about studying at the University go to: www.northumbria.ac.uk/media

Jason Ellis, Professor of Sleep Science and Director of the Northumbria Centre for Sleep Research, writes about hypnic jerks for The Conversation.

Sick and tired – not just a figure of speech

​Large-scale study looks at tiredness and its associations with environment, genes, and mental and physical health. 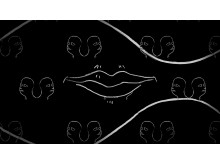 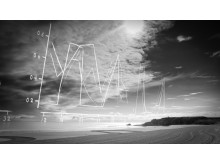