In the first ever study to attempt to treat insomnia in the acute phase – before it becomes chronic– researchers found that almost three-quarters of participants saw improvements in the quality of their sleep within three months following a 60-minute cognitive behavioural therapy session.

The findings, which have been published today (Monday 1 June) in the international journal SLEEP, are especially important as those transitioning from acute to chronic insomnia are particularly vulnerable to the onset of depression due to the condition.

People with insomnia report consistent issues with the quality, duration or continuity of their sleep patterns. They may find it difficult to fall asleep, struggle to go back to sleep on waking during the night or wake early which can lead to problems with attention, concentration, mood and memory. Approximately one third of the adult population reports symptoms of insomnia, with 10% suffering from an insomnia disorder.

The study was led by Jason Ellis, a Professor of Sleep Science in Northumbria University’s Department of Psychology. Professor Ellis is also the Director of the Northumbria Centre for Sleep Research.

Forty adults who reported that they had suffered from insomnia for less than three months and who were not currently taking medication to aid their sleep took part. None had previously received cognitive behavioural therapy.

The participants were separated into two groups, each featuring nine males and eleven females. All used sleep diaries to record the quality and duration of their sleep for seven days before treatment and completed the Insomnia Severity Index which measures the nature, severity and impact of insomnia. One group received treatment of a one-hour one-to-one cognitive behavioural therapy session delivered by Professor Ellis and a self-help pamphlet to read at home. The control group received no additional support.

After treatment there was a significant difference between the group that had received cognitive behavioural therapy and the control group. Within one month of the therapy session, 60% of participants reported improvements in their sleep quality. Within three months, this had increased to 73%.

The therapy session covered sleep education and individual differences in ‘sleep need’ at different times of life. Professor Ellis then introduced the principle of sleep restriction, which encourages the individual to spend only the time in bed required for sleep. Using their recorded sleep diaries, the individuals were then prescribed a time to go to bed and a time to rise to improve their sleep efficiency.

The self-help pamphlet used a “3D” message which represented three actions for the individual to recognise and act upon the symptoms of insomnia: Detect – how to record their sleep diary; Detach – how to control stimulus that could lead to disrupted sleep; and Distract – instructions on how to use cognitive control and imagery to distract their mind.

Professor Ellis said: “Despite considerable evidence supporting the use of Cognitive Behavioural Therapy for chronic insomnia, it remained untested for acute insomnia until this study.

“Chronic insomnia is a considerable health burden both on the individual and the economy and has been linked to the development of, or worsening of, a number of physical and psychiatric conditions. It is also a highly prevalent and largely unrelenting condition, so anything we can do to stop acute insomnia developing to the chronic stage will be of real benefit.

“The results of our study clearly showed that a single therapy session had successful results, with an improvement in sleep quality for some 60% of those with acute insomnia within one month. The longer-term benefits were even better with almost three quarters of those who received the intervention not developing chronic insomnia.

“There are numerous advantages to treating insomnia during an acute phase. If successful there is potential for significant savings in terms of long-term healthcare, lost productivity and accidents. This becomes more pertinent when the costs associated with other illnesses, such as depression, for which insomnia is known to be a risk factor, are taken into account.”

Sick and tired – not just a figure of speech

​Large-scale study looks at tiredness and its associations with environment, genes, and mental and physical health.

Wear your health on your sleeve – Northumbria students granted £10,000 for wearable technology designs

Design students from Northumbria University, Newcastle, have been awarded generous grants to develop their wearable technology designs - which could create significant savings for the NHS.

Drinking Montmorency concentrate significantly helps to reduce the effects of the painful condition gout, according to new research.

One more sleep before Christmas…

Frazzled parents are being offered tips on how to help excited children get to sleep on Christmas Eve from a prominent sleep researcher at Northumbria University, Newcastle.

Jason Ellis, Professor of Sleep Science and Director of the Northumbria Centre for Sleep Research, writes about hypnic jerks for The Conversation. 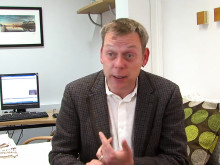