Researchers have found unexpected fossil traces of a temperate rainforest near the South Pole 90 million years ago, suggesting the continent had an exceptionally warm climate in prehistoric times.

A team from the UK and Germany, which includes experts from Northumbria University’s Department of Geography and Environmental Sciences, discovered a forest soil from the Cretaceous period in the seabed near the South Pole.

Their analysis of the pristinely preserved roots, pollen and spores show that the world at that time was a lot warmer than previously thought, with rainforests in Antarctica similar to the forests we have in New Zealand today.

The international team’s findings are published today as the lead story in the scientific journal Nature. 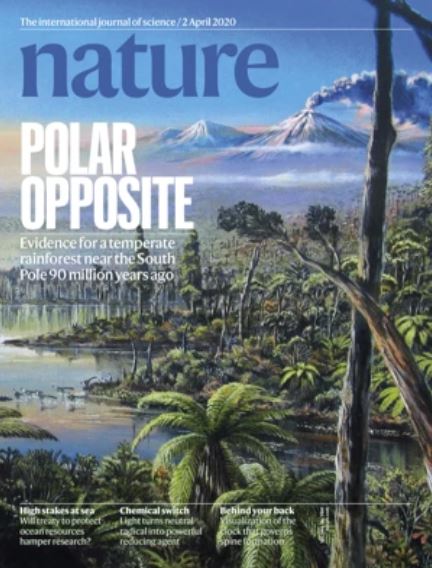 The mid-Cretaceous period is considered the age of the dinosaurs and was the warmest period in the past 140 million years. Sea levels were 170 metres higher than today and sea surface temperatures in the tropics are believed to have been as high as 35 degrees Celsius. Until now, little was known about the environmental conditions south of the Polar Circle.

The evidence of Antarctica’s rainforest comes from a core of sediment taken from the seabed near West Antarctica’s Pine Island Glacier in 2017.

“During the initial shipboard assessments, the unusual colouration of the sediment layer quickly caught our attention; it clearly differed from the layers above it,” said first author Dr Johann Klages, a geologist at the Alfred Wegener Institute Helmholtz Centre for Polar and Marine Research in Germany. 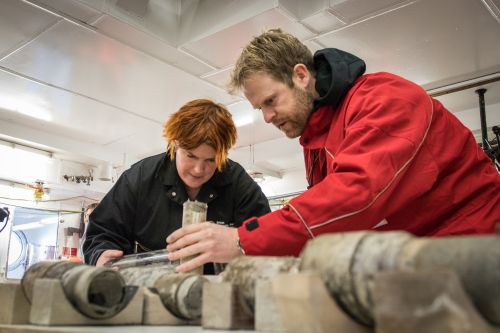 The team CT-scanned the sediment core and found a fascinating dense network of roots spreading through the entire soil layer. The 90-million-year-old soil is so well preserved that it contains countless traces of pollen, spores, remnants of flowering plants and the researchers could even make out individual cell structures.

Co-author Professor Ulrich Salzmann, a palaeoecologist at Northumbria University, used the preserved pollen and spores to reconstruct the past vegetation and climate. He describes the process of reconstructing past environments and climates as similar to working on a huge jigsaw puzzle, which revealed an amazingly detailed picture of the past Antarctic landscape.

“It was particularly fascinating to see the well-preserved diverse fossil pollen and other plant remains in a sediment deposited some 90 million years ago, near the South Pole,” he said.

“The numerous plant remains indicate that the coast of West Antarctica was, back then, a dense temperate, swampy forest, similar to the forests found in New Zealand today.”

When they pieced together their analyses, the international research team found evidence for a mild climate around 500 miles from the South Pole, with annual mean air temperatures of about 12 degrees Celsius. This is roughly the mean temperature of Hobart, Australia, today.

Summer temperatures averaged 19 degrees Celsius and water temperatures in rivers and swamps reached up to 20 degrees. This was despite a four-month polar night, meaning for a third of every year there was no life-giving sunlight at all. They also found that the amount and intensity of rainfall in West Antarctica was similar to that in Wales today.

Such climate conditions could only be achieved with a dense vegetation cover on the Antarctic continent and the absence of any major ice-sheets in the South Pole region, as pictured in the artists' impression of the landscape above. Carbon dioxide concentration in the atmosphere was also far higher than previously assumed.

Co-author, climate modeller Professor Gerrit Lohmann, from Germany’s Alfred Wegener Institute said: “Before our study, the general assumption was that the global carbon dioxide concentration in the Cretaceous was roughly 1000 ppm. But in our model-based experiments, it took concentration levels of 1120 to 1680 ppm to reach the average temperatures back then in the Antarctic.”

As such, the study shows both the enormous potency of the greenhouse gas carbon dioxide, and how essential the cooling effects of today’s ice sheets are.

Scientists are now working to understand what caused the climate to cool so dramatically, to form the ice sheets we see today.

Professor Salzmann is a member of Northumbria’s Cold and Palaeo Environment Group (CAPE), which specialises in researching past climates and environments. He worked with a team from the Alfred Wegener Institute; the University of Bremen; British Antarctic Survey and others on the study.

Temperate rainforests near the South Pole during peak Cretaceous warmth is published in Nature.

Northumbria is a research-rich, business-focused, professional university with a global reputation for academic excellence. Find out more about us at www.northumbria.ac.uk --- Please contact our Media and Communications team at media.communications@northumbria.ac.uk with any media enquiries or interview requests.