No Yes
A detailed view of changes in ice flow around the Pine Island and Thwaites glaciers, due to thinning ice shelves. Pine Island Glacier is at the top right, with changes seen almost 100 miles inland.

Researchers have produced the first physics-based quantifiable evidence that thinning ice shelves in Antarctica are causing more ice to flow from the land into the ocean.

Their findings have been published in Geophysical Research Letters.

Satellite measurements taken between 1994 and 2017 have detected significant changes in the thickness of the floating ice shelves that surround the Antarctic Ice Sheet. These shelves buttress against the land-based ice, holding them in place like a safety band.

While it has been suggested that the thinning ice shelves were responsible for a direct loss of ice from the land-based ice sheet into the ocean, there was no actual evidence linking data and physics that could demonstrate this, until now.

Researchers in the UK and US have now undertaken the first continent-wide assessment of the impact the thinning ice shelves are having on the flow of ice in Antarctica.

They were particularly interested in seeing how much ice flowed across the ‘grounding line’. This is the point where the land-based ice sheet meets the sea-based ice shelves.

They used a state-of-the-art ice-flow model developed at Northumbria University, UK, and newly available measurements of changes in the geometry of ice shelves to calculate the changes in grounded ice flow.

When the modelled results were compared with those obtained by satellites over the last 25 years, the researchers found what they described as ‘striking and robust’ similarities in the pattern of ice flowing from the ice sheet into the ocean.

The largest impact was found in West Antarctica, which already makes a significant contribution to sea level change. The largest changes are taking place around the Pine Island and Thwaites glaciers. On Pine Island Glacier, evidence of these changes could be seen almost 100 miles (150km) inland, upstream of the grounding line. 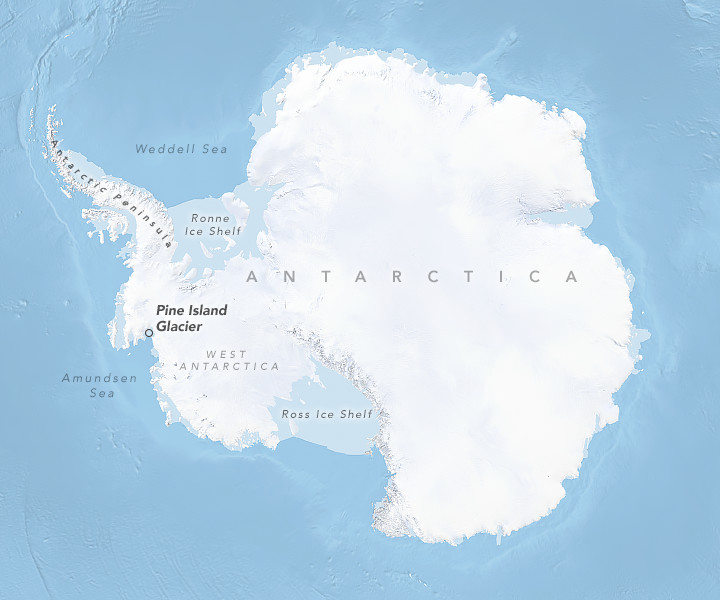 Hilmar Gudmundsson, Professor of Glaciology and Extreme Environments at Northumbria University led the study. He said there has been a long-standing question as to what was causing the changes we have observed in land-based ice over the last 25 years, and that while the thinning of the floating ice-shelves had been suggested as a reason, the idea had never been put to the test before now.

“I found it striking how well our modelled changes agree with the pattern of observed mass loss,” he said.

“There are other processes in play as well, but we can now state firmly that the observed changes in ice-shelves do cause significant changes over the grounded ice, speeding up its flow into the ocean.”

A critical element of the findings was the speed at which the ice flowed from the sheet into the ocean as a result of the thinning ice shelves.

“One of the most important lessons from this study is that the impact is felt without any delay,” said Professor Gudmundsson.

“Generally, we distinguish between an instantaneous response or a delayed, transient response. Our study shows the thinning of the ice shelves results in a significant instantaneous response to ice flow and ongoing mass loss. This means that we are not protected against the impact of the Antarctic Ice Sheet on global sea levels by a long response time.”

He added: “This study closes an important hole in our understanding. Lack of data and limitations in modelling previously made it challenging to quantify the importance of ocean-induced changes as a driver for ongoing mass loss, but we have now shown that the observed ice shelf changes do indeed impact on upstream flow significantly.” 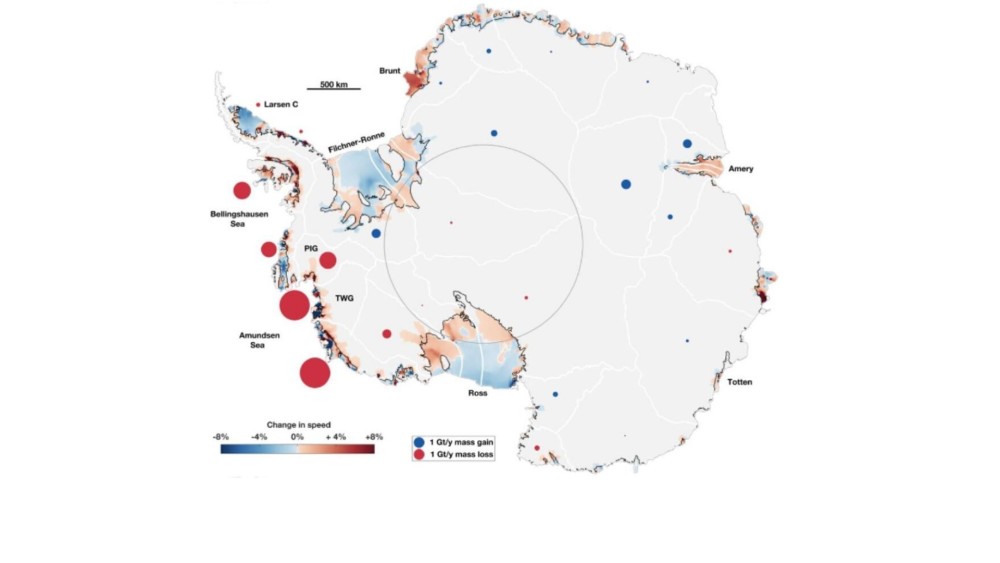 The research was led by Northumbria University, Newcastle in the UK, with the NASA Jet Propulsion Laboratory and the Scripps Institution of Oceanography at the University of California San Diego.

Helen Amanda Fricker, Professor at Scripps Institution of Oceanography, said: “Ice shelves are the most vulnerable parts of Antarctica’s ice sheet system and we know that they are shrinking, but what we didn’t know before this work was how that was impacting the grounded ice behind them.”

Fernando Paolo, postdoctoral scholar at Jet Propulsion Laboratory/California Institute of Technology, added: “It is striking how far inland the changes in ice shelves can impact the ice sheet flow. Since we now know that shrinking ice shelves are directly responsible for increases in ice discharge to the ocean, it is important that we keep monitoring them to watch how they evolve.”

It is believed that the ice shelves may be thinning due to changes in ocean heat content, either by ocean warming or from changes in how the ocean circulates around and below the shelves, but further research is needed to establish the specific reasons.

It was partially funded through both the International Thwaites Glacier Collaboration’s PROPHET project and through the recently announced TiPACCs study, which are respectively funded by the Natural Environment Research Council/National Science Foundation and European Union’s Horizon 2020 research and innovation programme.

Two major glaciers in West Antarctica may be losing ice faster than they have in at least the last 5,000 years, finds a study involving researchers from Northumbria University.

The world’s first inventory of subglacial lakes has been compiled, providing researchers with a comprehensive directory of where the lakes are and how they are changing in a warming climate.

A researcher from Northumbria University has received a prestigious fellowship award worth £1.5 million to study Antarctica’s future contribution to rising global sea level.