Northumbria University, Newcastle, hosted a House of Commons Education Select Committee oral evidence session as part of the inquiry into the impact of Brexit on Higher Education.

The public session focused on the potential opportunities and risks of leaving the EU for Higher Education, including the impact on attracting European students and future access to European Research Funding. The session explored the particular impact for the North East and Scotland and considered whether the Government should be considering regional policies in its response. The session also considered the role of universities in the Government’s industrial strategy, particularly in regards to research and development investment.

Evidence received during the session will inform the Committee’s report into the impact of Brexit on higher education.

Professor Andrew Wathey said: “I am very pleased that we were able to host the Education Select Committee’s session here at Northumbria University. It provided an opportunity to highlight some key risks facing the Higher Education sector in leaving the EU. Future access to high quality students, staff and research partnerships from Europe is vital to ensuring that post-Brexit the UK continues to be a world-leading Higher Education sector.”

The Education Committee has previously held sessions at Oxford University and University College, London. More information about the inquiry is available on the Committee’s website.

Recordings of the oral evidence can be viewed here, with the session at Northumbria starting at just after 14 minutes.

For more information about Northumbria University go to: www.northumbria.ac.uk 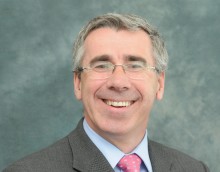 The Committee of University Chairs (CUC) is pleased to announce that Chris Sayers, Pro-Chancellor and Chair of the Board of Governors at Northumbria University, Newcastle, has been elected Chair of the CUC.

A North East university is bucking the trend in recruiting EU students. Northumbria University, Newcastle has seen an overall increase of 37% in students from the EU applying to study at the university, despite a 5% drop nationally. 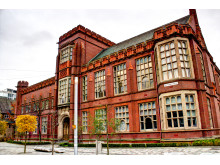