The final of the 2015 World Championship of League of Legends, a fantasy-themed, real-time strategy videogame, is being streamed worldwide by the BBC. Like the most popular of sporting occasions such as football tournaments and the Olympic Games, video gaming tournaments attract thousands of spectators to arenas and millions more watching live broadcasts. So how did videogames cross from being a bedroom activity to a highly competitive tournament sport with serious prizes to match?

Videogames have always had passionate followers and conventions – Atari’s 1980 Space Invaders Championship had 10,000 entrants – but now they come with US$2m prizes, big company sponsorship and streaming to audiences of hundreds of millions through services like twitch.tv. What was once “geek” culture has gone mainstream. Several generations since the late 1970s have grown up with games, which with increasing sophistication appeal to a broader and broader audience. Competitive sports have mass appeal; now e-sports and tournament videogaming follow the same path.

Certainly, high-speed internet has allowed games designers to concentrate on creating an online, multiplayer aspect to their games. The story of League of Legends begins with Starcraft, a 1998 science fiction-themed real-time strategy game from Blizzard Entertainment. While it was popular as a single player game, Blizzard’s online multiplayer matchmaking and ladder system Battle.net turned the game into a phenomenon. Head-to-head gaming has been around since the earliest days of Pong and the Atari 2600 in the late 1970s and early 80s, but with the addition of the internet it became faster and easier to find opponents to play.

Blizzard also made the Warcraft series, a fantasy-themed version of Starcraft. A community-created modification of Warcraft III produced a very fast-paced game called Defence of the Ancients that was very popular on Battle.net, and this laid the ground for a new genre: the multiplayer online battle arena. League of Legends, from Riot Games, which came in 2009 fitted into this fast-paced, skill-based, and extremely social arena with quick matchmaking to find opponents.

Alongside the development of the game and platform is what would in the past have been called “geek culture”, but is more likely to be referred to as “gamer culture” today. Home videogame consoles have been a common presence in living rooms for 20 years, but the demographic of those playing has changed. Figures from the Entertainment Software Association show that four out of five US households play games, with 44% of gamers now women, and the average age of 44 showing that many have been playing games for years.

On the other hand, “casual games” such as those for mobile phones such as Candy Crush, have changed what we do with our spare moments. To put this in perspective, the most searched for game in the UK in 2014 wasn’t Destiny (best-selling game of the year) but mobile app game Flappy Bird. Flappy Bird and other casual games have become staples of public transport commutes rather than newspapers and books. We are all geeks now.

Korea, ahead of the e-Sports curve

Of anywhere in the world, it is South Korea that has most embraced online videogaming and e-Sports: seven out of ten players at the League of Legends 2015 World Championship have flown over from Korea. One view is that South Korea is ahead of the curve, and a vision of what the UK could be like in ten years time.

Having spoken to Koreans about their love of videogames, even they admitted they didn’t really understand why Korea has embraced online e-Sports with such a passion. It is a phenomenon that has been discussed in many books and journal articles. Some writers point to the early arrival of broadband (South Korea still has the highest broadband internet speeds in the world), and the fact that Korea has the highest percentage of its population online (40m out of 50m people). I think it’s South Korea’s love affair with technology and the new, combined with a highly competitive culture. Tournaments supported by South Korea’s Ministry of Culture, Sports and Tourism have certainly helped, playing a key role in establishing bodies such as the Korea e-Sports Association (KeSPA). Cash prizes have led to professionalisation of top players, with the cash income possible effectively turning competitive videogaming into a career path – hence the Korean word for it, pro-gaming – and gives younger gamers something to aspire to. In Korea (and beyond) top teams are turned into celebrities, driving gaming into the mainstream.

So how did we go from real sports to e-Sports? We became gamer geeks. The young lady on her phone playing Clash of Clans or Candy Crush Saga is a glimpse of a possible future, with South Korea perhaps the best vision of where the UK and others are headed. Geek culture has already taken over our cinemas, spawning a steady stream of superhero movies, so perhaps it’s little surprise that the sports people want to watch are changing too.

Fans of popular sports such as football, rugby and cricket can probably rest easy on their laurels for the moment, but there are probably young men and women right now who aren’t aspiring to rise to the top of these more traditional games, but who instead have been inspired to try their hand at tournament gaming. The rest of the world may be behind Korea’s gaming curve – but possibly not by that much. 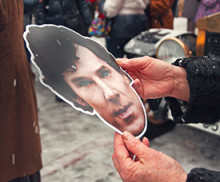 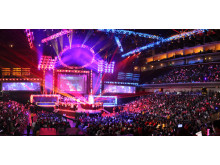