This change on its own is not hugely significant. The only organisations which will suffer are the owners of US technology companies which will now face higher costs and may potentially end up having to negotiate with individual countries, as well as changing the ways in which they handle our data. The problems are real, but surmountable – cloud computing means that data can be moved to data centres located around the world; the new legal situation will mean that this flow will be restricted. It comes as part of a process in which the ECJ is gradually extending the right to privacy of European citizens. Last year it enforced a right to be forgotten which again imposed costs on American technology companies.

There are other more ominous changes. In France, recent legislation has allowed the state to use algorithms to analyse metadata to identify potential suspects. This is of particular concern to me – I have had a long interest in Shia Islam and I now await the inevitable knock on the door ‘Mr Thomas, come with us, we have evidence that you have been reading Ibn al Arabi’. My feeble protests that Arabi was a 12th Century mystic and was born in Spain will have no impact and I will be banged up in Parkhurst. Maybe I should flee to the Ecuadorian Embassy today.

In the UK, the government seems to be gradually pushing back at the Freedom of Information regime. In July it announced a review by an independent Commission whose brief is to review the Act to consider whether there is an appropriate balance between openness and the need to protect sensitive information; whether the ‘safe space’ for policy development and implementation is adequately recognised and whether changes are needed to reduce the Act’s ‘burden’ on public authorities.

In September, a group of charities, media organisations and civil society bodies, wrote to the Prime Minister raising concerns about the Commission. They were worried about the speed of its work – it has until November 2015 to produce a report. They also expressed concerns that two of its members have expressed doubts about the Freedom of Information Act. Jack Straw has criticised it in Parliament, while Dame Patricia Hodgson has talked of the ‘chilling effect’ of the Act on the recording of information by public bodies. The writers made the strong point that the government does not appear to intend the Commission to carry out an independent and open minded inquiry. At the same time, the government has announced the introduction of charges for appeals against FOI decisions.

The results of this are not yet clear, but there are concerns that by removing the National Archives from the Ministry of Justice and giving its responsibility for government records management to the Cabinet Office, the executive in effect becomes judge and jury as to what should be opened. There is a lack of fiduciary independence in these changes with no effective oversight and a Cabinet Office which is able to determine policy concerning access to records behind closed doors. The effects on the National Archives are likely to be equally chilling. As part of DCMS it may simply revert to what it used to be a long time ago – an academic body with a strong interest in Family History and cease to be the place that captures the record of government which allows it to be called to account, albeit in the court of history.

Does all this matter? I think that these increased restrictions on our right to know are potentially damaging to us as citizens and will make it harder to call the government to account. It will, in the long term, make it harder to write history. People who research the history of colonialism, slavery or migrant workers talk about the silence of the archive - as a result of a failure to keep records and in many cases of their deliberate destruction. We are a long way from that position now, but it seems to me that we are moving closer to it.

There are practical implications of a reduction in openness. In 2012, the political scientist Michael Colaresi published a review of how the oversight of national security impacts on foreign policy. Some politicians and writers, including Abraham Lincoln, Alexis de Toqueville and John F Kennedy have argued that democratic openness and transparency create ineffective foreign policy. Colaresi showed that nations which have effective oversight mechanisms for national security, including Freedom of Information laws, legislative oversight powers and a free press win more international disputes as compared to democracies that lack effective oversight. It is ironic that the government appears to be weakening oversight at a time when it is becoming more embroiled in foreign wars.

It is here that the failure of Sir John Chilcot to deliver his report on the Iraq War comes into play. In order to understand how openness and the possibility of scrutiny impacts on foreign affairs we need to understand more about how decisions on vital matters such as going to war are taken. Sadly we may have to wait a long time.

These issues and other related ones will be discussed at a special conference being held at Northumbria University, Newcastle, on 24-25 November 2015. For more information and to book tickets go to: www.northumbria.ac.uk/digitalworld

Sustaining investment in a digital age

From raising cash for a charitable cause to generating finance for an arts project or to help grow a business – an increasingly popular way to raise capital is through crowdfunding.

Could utility, transport and communication systems be hacked in a cyber-attack leading to widespread destruction? This is the question which will be asked during a debate being held at the British Science Festival next week. 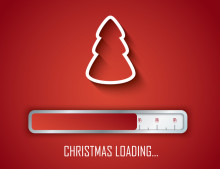 Prof. Ann Light, from Arts, Design & Social Sciences looks at whether we switch on or off for the Christmas holidays.

A Northumbria University academic will give a talk at the Royal Institution in London this Saturday (8 June). 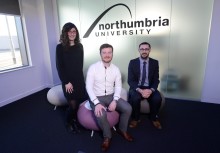 ​Leading scholars from across the UK travelled to Northumbria University to discuss the legal and political consequences of military action in Iraq between 2003 and 2011.

Threats to Openness in the Digital World