Dr Matteo Gallidabino, Senior Lecturer in Forensic Science at Northumbria University, working with colleagues at King’s College London and the Universities of Lausanne, Santiago de Compostela and Rome (La Sapienza), have revealed that machine learning – a field of artificial intelligence – could be used to determine which ammunition, and ultimately which firearm, was responsible for a particular gunshot from the residue it left behind.

Their findings have been published in the Royal Society of Chemistry’s Analyst journal – the home of fundamental discoveries, inventions and applications in analytical and bioanalytical sciences.

“Machine learning uses a series of algorithms to model complex data relationships” explains Dr Gallidabino. “Through careful fine-tuning, these can be applied to predict important characteristics of the ammunition used in a particular shooting event from those of the respective gunshot residue (GSR) deposited on surrounding surfaces or items, such as spent cases, wounds and, potentially, also the shooter’s hands.”

This is a ground-breaking progression when compared to techniques currently available in GSR analysis. Indeed, the complex computer statistics implemented by the research team allow identification of the ammunition responsible for the different gunshot traces left at a crime scene and eventual association of such traces, with unprecedented accuracy. Both capabilities are currently challenging using traditional forensic methods.

With further developments of the suggested approach, new investigative leads could be rapidly pursued to avoid similar unsolved murders of the past, like Jill Dando in 1999* and the notorious Bloody Sunday killings of 1972.

“After Bloody Sunday, the problem was to determine if gunshots were fired by civilians or military staff” states Dr Gallidabino. “The investigators found large amounts of GSR all over victims and concluded that these resulted from shooting activities. It was later established, however, that these were likely due to the secondary, post-event transfer of contaminations from military staff – whose hands were rich with GSRs – to dead bodies. Small amounts of GSR, indeed, may be transferred by prolonged contacts with contaminated surfaces, such as those that took place when soldiers helped transport victims to the hospital after the event.

“If techniques such as those we are developing now were available at the time, they could have been used to determine if GSRs came from civilian ammunition or military fire, which would have been a critical piece of evidence.”

Dr Gallidabino specialises in statistical modelling and machine learning techniques for forensic applications. He personally developed and tested both the innovative chemical technique and the mathematical models used in the approach, after firing a range of ammunition. After collecting the gun cartridges, he analysed them, and particularly the volatile part of the GSR, before turning his attention to the original smokeless powders. From here, he was able to establish a relationship between the ammunition and the residue, with the same statistical methods used by computer scientists to train robots.

Following on from this, the research team has called for this unique method to be applied much more widely in the field of forensic science and, more generally, analytical chemistry. “The benefits are countless” Dr Gallidabino said. “They may even extend to other fields in analytical sciences that routinely encounter changeable chemical traces, such as the analysis of improvised explosive devices, arson accelerants and environmental pollutants.”

Dr Leon Barron, Senior Lecturer in Forensic Science from King’s College London, added: “The fusion of state-of-the-art laboratory analysis with computer-based machine learning will enable us to capitalise on the vast amounts of data we now generate to make ground-breaking advances like this more frequently. In forensic science, and often given the varied scenarios and sequences of events involved, machine learning represents one of the most promising ways to make sense of evidence more rapidly to support the Criminal Justice System.”

On April 26, 1999, the 38-year-old BBC star was shot dead on the doorstep of her home in Fulham, West London in what remains one of the UK's most high-profile unsolved murders. Barry George, who lived a few minutes from Jill's house, was jailed for eight years for her murder but was cleared after a retrial in 2008 following concerns raised over forensic evidence. The case remains open.

Having more knowledge about the source of GSR at the time of the murder could have been useful, according to Dr Gallidabino and the rest of the research team.

“One single GSR particle was found in the pocket of the coat of Barry George (the suspect)” he says. “This particle was shown to have a really similar composition to those found on the victim, Jill Dando, according to techniques available at time. As no approved method existed to compare GSR compositions on different surfaces, however, this evidence was strongly contested. With our approach, we hope in the future to provide robust tools to law enforcement agencies to more efficiently address this kind of situation.” 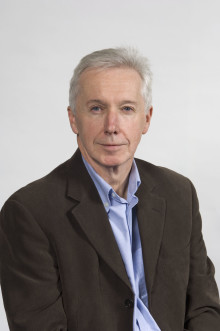 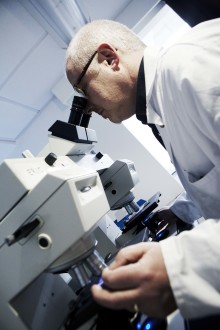 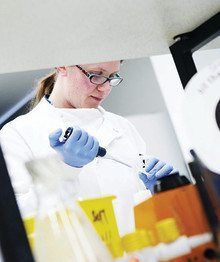 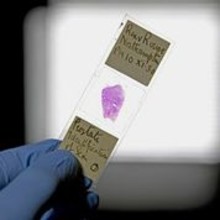