As I was queueing at the polling station yesterday, ready to cast my vote in what had been forecast as one of the closest election battles there has ever been, I was excited. The first election I have been eligible to vote in, and I was able to able to make my voice heard.

Having become increasingly engaged in politics since I began my time at Northumbria University in 2013, this election has made me realise what I truly believe in, and the values that I have.

Despite being frowned upon by many, I actually believe Russell Brand has been a positive influence in the degree of interest many young people, myself included, have taken in politics and current affairs. He has managed to do what politicians simply find impossible, make politics engaging and understandable and I respect him for that.

Engaging in politics as a young person has been quite frustrating at times, with our voice seemingly ignored and accessible information hard to find before this election. It is for this exact reason that I believe it can only be a good things that high profile figures are becoming involved in politics, starting a conversation about the type of society that we want to live in.

With this year’s election being so closely run, I have really enjoyed the campaign, and it has enabled me to experience some fantastic opportunities. Being invited up to Glasgow to be involved in a Q&A with Nicola Sturgeon as part of Sky’s Stand Up Be Counted campaign, was great. Taking the time to meet with us beforehand, as well as giving proper answers to questions from a group of six politically engaged students, she came across brilliantly, and put my faith back in politicians. I really respect her a lot and it’s amazing to see a woman playing such a pivotal part in UK politics.

Truthfully, despite being interested in politics, I have found it quite difficult to decide who I was going to vote for. I find it immensely frustrating how unrepresentative parliament is of our society and perhaps that is the reason for such apathy amongst many people. There wasn't anybody that I fully trusted or could relate to, but I would never ‘not vote’.

I loved the experience of casting my vote at the polling station yesterday – the atmosphere was one of hope, optimism and a real sense that we could make a difference. It was so quick and so simple that there really is no excuse not to.

This election has made me angry, made me laugh, made me (almost) want to cry but most of all, it has made me care. I believe voting is fundamentally important – politics affects us all every single and by casting our vote, our voice can be heard.

I will continue to be interested and engaged in politics after the general election has passed, if anything, I will become even more so. I may not agree with the system entirely however the only way you can try to change that is by being engaged and trying to make your voice heard. Change will happen, it has to. 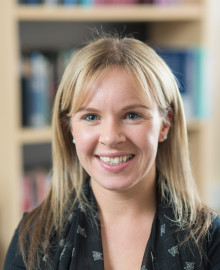 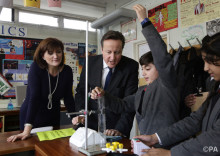 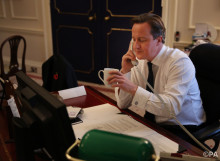