With concerns about climate change and urban air pollution high on the agenda for cities around the world, most are now actively looking at ways to reduce their carbon emissions.

An increased use of electric vehicles (EVs), reduced reliance on CO2-intensive electricity from the National Grid and an increase in locally-generated renewable energy are three ways in which cities could dramatically reduce their carbon output.

Now researchers from Northumbria University, working with European colleagues, have made key advances in a new approach which would achieve all three of these targets.

Their proposed plan would allow EVs, and stationary second-hand EV and or other batteries where economical, to store renewable energy when not in use. This could then be fed back into the local grid during times of peak energy demand.

The research team, led by Professor Ghanim Putrus and Senior Lecturer Richard Kotter, will present their findings during the Vehicle for Energy Services (V4ES) event at Northumbria University this Friday.

This key international event will see representatives from industry and academia come together to share ideas on how to make EVs smarter and more cost effective in future, as well as reducing the need for reinforcements to central and local electricity grids to cope with increased demand for energy.

As Richard Kotter explains: "Most vehicles are idle for much of the day, as well as in the evenings and at weekends, and are typically only used during peak times during the morning and afternoon for commuting. The same can typically be said of commercial distribution vehicles, overnight and for much of the weekend.

“What we are suggesting is a change in how we think about electric vehicles to make use of them in different ways to add value and reduce costs. Let’s not look at them only as a form of transportation but also as a method of short-term energy storage - using them to exchange or trade energy where beneficial.

“We are proposing that the EV battery could be used in smarter ways, including being charged from renewable energy while the vehicle is not in use, with that surplus energy then used to power other appliances, whether that is in the home, business or across the city, when it is most needed.

“It may also make sense to have an additional spare battery, kept at home or work for example, which could be charging with renewable energy when the EV is away and being used. This could then be used to charge the EV battery when the vehicle is parked up at that location again."

Through the proposed system, known as Vehicle for Energy Services, EVs would be charged by renewable energy, such as solar or wind, during the day when sunlight is at its peak.

When EVs are not in use, for example during the day when their owners are at work or in the evening when they are at home, this energy could be fed back into the local or central energy grid.

Because this energy has been produced locally from renewable sources it is cleaner in terms of greenhouse gas emissions, and increasingly cheaper.

This will help reduce reliance on energy from the National Grid, which may have come from fossil fuels or have been produced in other parts of the country, incurring extra costs for distribution infrastructure.

Over the last three years, Ghanim Putrus, Richard Kotter, Daniel (Xuwei) Dai, Mousa Marzband, Edward Bentley and PhD student Ridoy Das have been part of a team at Northumbria University researching this Vehicle for Energy Services, through the Smart, Clean Energy and Electric Vehicles for the City (SEEV4-City) research project.

Funded through the European Union’s European Regional Development Fund, the €5m project is running pilot schemes in Loughborough, Burton-on-Trent and Leicester in the UK, Oslo in Norway, Amsterdam in The Netherlands and Kortrijk in Belgium, testing Smart Charging and Vehicle to Grid systems.

The results from these pilot schemes will be discussed during the conference at Northumbria on Friday. Regulatory and policy support for the system at European, national and regional level will be explored, along with how to encourage organisations and consumers to adopt the technology required for this approach in future.

Richard Kotter added: “This technology is still in the early stages but we know there is an increasing desire and statutory obligation to tackle climate change in our cities.

“Electric vehicles will play a large part in this and so harnessing them to capture locally produced renewable energy could play a huge part in reducing air pollution and climate change.

“This approach calls for the joined up planning of both mobility, infrastructure and energy demand and provisions for our urban areas and rural hinterland of the future.”

In May this year the findings of the SEEV4-City research consortium were presented at the International Electric Vehicle Symposium (EVS32) in Lyon – the largest conference in the world on electric vehicles and vehicle battery technology.

The research has also been published in several high profile academic journals, including Applied Energy, the International Journal of Environmental Studies and is currently under review with the World Electric Vehicle Journal.

Prof Ghanim Putrus added: “Seminars such as this are extremely important because they bring together fundamental and applied academics, industry representatives and investors as well as public sector decision-makers, and international and national regulators in an area that is developing at some pace but is not yet fully established or mature in implementation.”

Student consultants from Northumbria University, Newcastle, say they are open for business after developing a range of solutions and growth plans for scores of companies across the UK. 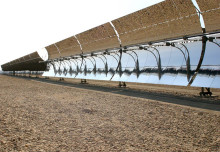 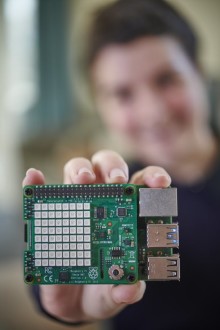 Ground-breaking technology projects, led by Northumbria University, have won awards and received a special commendation at an event showcasing the best of the North East’s talent. 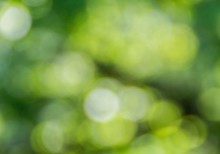 North of Tyne back scientists in green revolution

The North of Tyne Combined Authority is backing the scientists of the future with plans to boost green technology and manufacturing in Newcastle, North Tyneside and Northumberland.