Northumbria academics and students have recently helped bring the Newcastle of 1914 back to life in a unique digital project to mark the First World War centenary.

Working in partnership with the Literary & Philosophical Society of Newcastle upon Tyne, performing arts’ company, November Club, and Newcastle College, Dr. Katherine Baxter and Dr. Ann-Marie Einhaus, have contributed their research expertise to the innovation project, which investigates social and cultural life in Newcastle during the war and is funded by the Heritage Lottery Fund.

The result is three new free iBooks, co-researched and co-written by Northumbria students, which recreate the Newcastle of 1914-1918 through interactive digital technology. A mixture of fact and fiction, Reflections of Newcastle combines intimate storytelling with a rich collection of archive materials and invites viewers to explore the intellectual, cultural and social life of Newcastle during the First World War – telling stories of the city as never heard before.

Creating three trails through Newcastle’s city centre, the iBooks invite you to take a tour of Newcastle, beginning and ending at the Lit & Phil, with fictional characters – created and filmed by November Club – as your guides. November Club’s characters, living in Newcastle between 1914 and 1918, speak directly to the viewer through film, photography and written narrative, inviting us to follow their story as they visit different locations in the city.

The narrators are based on key regional characters whose experiences of life in Newcastle during the war are well-documented in archive material. Each story gives a different viewpoint - a young man who signs up but returns injured, a woman who works in a munitions factory and becomes involved in women’s suffrage and the young twins whose father leaves to fight.

Links to archive material throughout the iBook encourage readers to stop at certain points along the route, and click to find out the role of a certain building during the war. Readers are also encouraged to explore how the effects of war influenced fashion, education, theatre, reading and the role of women. Several local organisations including Fenwick, JG Windows and the Theatre Royal Newcastle feature as significant places. The iBooks also build a picture of the importance of the Lit & Phil as a social and intellectual meeting place for people during this period. The archive material from the war and all texts in the iBooks were found and written by Lit & Phil volunteers and student interns from Northumbria University, whilst the iBooks were designed and created by student interns from Newcastle College.

The iBooks will launch with two open days on 1 and 2 July 2016, with several live events across the city, free guided tours of the Lit & Phil, and an opportunity to upload the iBooks onto your own iPad or borrow one from the Lit & Phil with them already on and take a walk around Newcastle and see it from a different perspective.

The launch date commemorates the 100th anniversary of the start of the Battle of the Somme, which began on 1 July 1916 and left many thousands dead. The project is a collaboration between November Club, the Lit & Phil, Northumbria University, Newcastle, and Newcastle College, and is supported by the Heritage Lottery Fund.

Northumbria University offers a range of courses in the Humanities. For more information about studying at Northumbria sign up for one of our upcoming Open Days on 1 July and 1 July by clicking here. 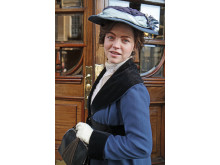 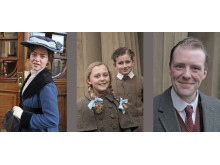 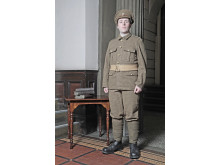