Knitting and cycling (not at the same time, naturally) will be the focus of the University’s contribution to this year’s national festival of the Humanities, with two unique events set to take place in Newcastle, led by Northumbria PhD students Leanne Cane and Simon Buck.

Northumbria has successfully hosted events for the Being Human Festival since 2014. This year’s theme asks why we find ‘lost’ local histories and rediscovered traditional crafts like knitting, so captivating. Through their events, Simon and Leanne will explore why it is important to uncover and explore forgotten cultural practices.

On 23 November, Leanne will lead ‘The Great Nineteenth–Century Knitting Workshop: Picking Up Dropped Stitches’ at Newcastle’s Lit & Phil. This workshop will include a talk from researchers on eighteenth and nineteenth century education & fashion, & culminate in a knitted blanket collaboratively made by the group, using instructions from nineteenth-century pattern books. The workshop will be linked to the present-day rediscovery of the lost art of hand-crafting, leading to the coining of the term ‘New Materialism,’ which has fuelled TV shows such as The Great British Sewing Bee. Over the past decade, pastimes such as knitting and sewing have become popular again, with hundreds of magazines dedicated to various crafts, and events held around the world. We owe much of what we can create now to the ingenuity and creativity of nineteenth-century knitters.

Leanne said: “I’m working on my PhD but I have research interests in early modern education, and in my spare time I knit, weave and spin.

“I’m a PhD student working on the eighteenth-century education and the novelist and children's writer Charlotte Smith. In my spare time, I knit, weave, and spin my own yarn; these hobbies, combined with my interest in early modern education, led to the creation of The Great Knitting Workshop event. I wanted to run an event for the region that celebrates crafts, like The Great British Sewing Bee!”

The second event, ‘On Y’Bike: Cycling in Postwar Tyneside’, is being led by PhD history student Simon and Christopher Wilcock, a young local cycling enthusiast. ‘On Y’Bike’ is a volunteer-led project to record the memories of the Tyneside Vagabonds Cycling Club and digitise their private collections of photographs, memorabilia and film, preserving a record of the region’s vibrant cycling history. With the support of the Vagabonds, Northumbria University and the Being Human Festival, this free exhibition will display the North East’s little-known cycling past. The event will also include a short talk by the project leaders, a screening of archival film, and an open discussion with participants.

For Simon, the project and exhibition was an opportunity to explore how history can be given back to the people in their own words, rather than hidden away in libraries, archives and university classrooms.

Dr Claire Nally, Senior Lecturer in Twentieth-Century English Literature, has been closely involved in organising Northumbria’s contribution Being Human. She said: “The University’s strengths in teaching and researching the Humanities is central to our Being Human events. Our PhD students are a credit to the institution: they have created these events from their inspiring research and regional contacts, and are building on the succession of events we have hosted at Northumbria as a Being Human Hub.”

The Literary and Philosophical Society Library (The Lit and Phil), Newcastle.

On Y’Bike: Cycling in Postwar Tyneside

Being Human is a national forum for public engagement with humanities research. This year’s festival takes place from 17-25 November. Go to www.beinghumanfestival.org for more information or follow Being Human at: @BeingHumanFest | #BeingHuman17

Northumbria offers a range of courses in the Humanities from English Literature and Language, to History and American Studies. To find out more about studying at the University come along to one of our upcoming Open Days or go to: www.northumbria.ac.uk 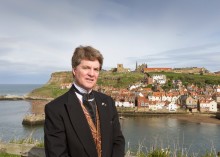 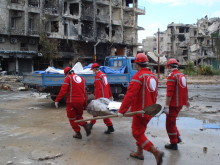 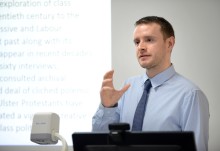 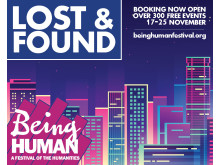 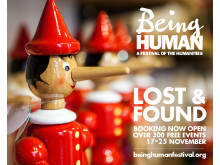