Northumbria University, Newcastle will showcase several rising stars among its ‘ones to watch ‘at Graduate Fashion Week in London this month.

Ones to watch in this year’s Fashion Design graduate talent include Rachel Jefferson and Emmie Vincent. As it strides confidently towards its 60th anniversary year in 2014-15, the renowned BA (Hons) Fashion Design course will see 25 students showing collections on the catwalk, alongside a static exhibition with final major projects from BA (Hons) Fashion Design & Marketing and Fashion Communication students; the newest of the three degree courses that can already boast a 100% employability rate.

Powerful women in politics, particularly Margaret Thatcher in the 80’s, inspire Rachel Jefferson’s collection, Ordered Chaos. The silhouette is strong, placing menswear pieces on the female form to create oversized, relaxed shapes. Deconstruction and raw edge construction reflects the dysfunctionality of
Thatcher’s home life; exploring the chaos behind the suit. Classic garments such as the pin-stripe suit and shirt are refreshed with emphasis on supersized proportions and experimental printing techniques.

Emmie Vincent’s collection, Shades of Pale, is concerned with the unexpected, and challenges conventional understandings of what a material is, or how it should look or feel. Sparked from her fascination with the interaction of light, shadow and surfaces, her aim was to explore fabric density, texture, matt and shine, to create a textile that responded to light. Research into materials beyond the realm of
traditional textiles, led her to an exploration of fabric coatings and moulded surfaces using silicone rubber.

In 2013, Northumbria University graduates, staff and students received a total of 80 national and international design and media awards, commendations and accolades.

Many of this year’s Northumbria students have already attracted industry attention in the Topshop and TopMan Awards and the Marks & Spencer Best of British Award supported by the British Fashion Council.

Industry accolades extend beyond the catwalk also, with final year Fashion Communication student Melissa Smith, attracting worldwide acclaim winning the ‘Design For All’ award in the Orange Young Designers international competition in Paris. In response to a brief that asked young designers to create a vision or product for the future, Melissa came up with an innovative app called TIME that uses digital technology to monitor and control digital connectivity, encouraging users to switch off and engage in more traditional activities.

Kristen Pickering, programme leader for Fashion at Northumbria University, said: “Northumbria fashion graduates have become widely recognised by the industry for their talents and skills in creative communication, craftsmanship, design and manufacture - and most importantly individuality; a Northumbria trait. They will travel to London to showcase their work on a global stage, and we are all very excited to be part of Graduate Fashion Week yet again.”

The Northumbria Fashion Design Show will be on Saturday 31st May at 5.00pm at London Graduate Fashion Week at Truman Brewery. 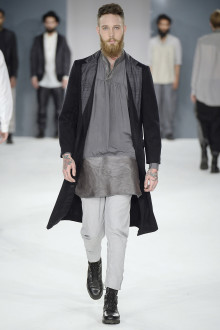 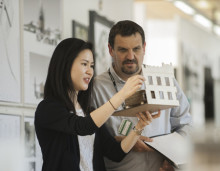 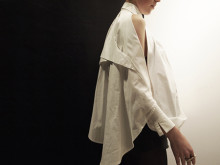