Northumbria Law School lecturer Craig Laverick’s work and expertise is also contributing to the debate surrounding the legal case and defence of Francesco Schettino, the master of the Costa Concordia cruise ship that capsized off the Tuscan island of Giglio in 2012.The disaster cost the lives of 32 people.

Craig and other international experts were approached to submit a statement to the Norwegian Commission, which as a leading maritime nation is looking at the role and development of the International Safety Management (ISM) Code. This seeks to ensure safety at sea as well as prevent pollution and loss of marine life. Recent high-profile accidents at sea have, however, called the effectiveness of the Code into question.

Craig’s involvement follows ongoing collaboration with the Norwegian-based Skagerrak Safety Foundation, which advises the Norwegian and other governments and is regarded as a leading international voice in maritime safety. The Foundation has previously raised concerns over Carnival and Costa Cruises’ treatment of Francesco Schettino, and has urged greater investigation into the safety systems and role of the company as the owner of the Costa Concordia.

Following his submission, Craig has now been told he could be called to give evidence to the Norwegian Parliamentary Commission.

He said: “Based on my research and work with the Skagerrak Foundation I was able to tell the Commission that while the international maritime community is aware of the ISM Code and its benefits, enthusiasm for it among seafarers is waning and it is not being used to its full potential. For example when something goes wrong, it isn’t used to establish whether the master or the company of a vessel were to blame. National legislation is used instead, which can lead to issues such as companies plea-bargaining within the legal process and removing themselves from the full scrutiny of an investigation. If all the blame is put on a ship’s master following a disaster, then important information about the corporate role and any culpability can be overlooked. We see this in Italy and the Costa Concordia where any mistakes made by the company cannot be properly considered or addressed. This is not in the interest of safety.

“There is evidence in my research to show this is having a negative impact on the implementation and effect of the ISM Code. The Code is an important legal instrument but maybe it is time to look at how it can be better implemented, better enforced and better used.”

Craig’s research is now looking at how national criminal law can potentially be used to ensure better implementation of the ISM Code and act as a means of punishing and deterring offending. 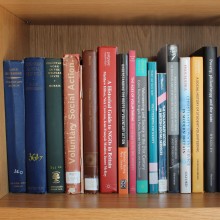 EXPERT COMMENT: An end to ‘want, disease, ignorance, squalor and idleness’: why the Beveridge report flew off the shelves in 1942

Professor of Public Policy at Northumbria, Irene Hardill, collaborated with academics from the University of Southampton and University College London on an article for the Conversation.

The scrutiny given to forensic evidence submitted during criminal trials will be examined and debated during a free seminar taking place at Northumbria University, Newcastle this month.

The Rt Hon Sir Terence Etherton, Master of the Rolls and one of the country’s most senior judges has given a public lecture at Northumbria University, Newcastle. 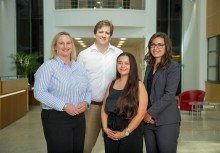 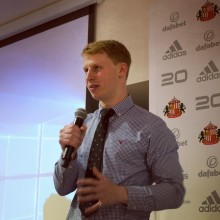 A talented team of Northumbria University students took centre stage at a prestigious North East conference to discuss the creation of their entrepreneurial society and successful journey together.