Twenty-six writers from a record 1,800 entrants have received awards worth over £45,000 to support their unpublished work-in-progress in this year’s Northern Writers’ Awards.

The Northern Writers’ Awards were founded by the writing agency New Writing North, with Northumbria University a key partner and headline sponsor.

Now in their 21st year, the awards recognise talent and support new work towards publication or broadcast by offering mentoring, developmental support and cash awards to writers at all stages of their careers.

Katy Shaw, Professor of Contemporary Writings at Northumbria University, said: “The Northern Writers’ Awards profile the best new talent from the North of England. At a time when we need culture and the arts more than ever, this year's winners show that the next generation of creative talent has the potential to help us re-frame a post-pandemic world and better understand ourselves and our society.”

As part of its involvement in the awards, Northumbria sponsors the Northumbria University Student and Alumni Award, worth £2,000.

This award is open to final year students and recent graduates of the university in any discipline and includes either works of fiction or poetry.

This year's winner was Andrew Wilkinson, who graduated from Northumbria in 2013 with an MA in Creative Writing.

Andrew has been writing fiction since he attended a creative writing night class at his local high school between 2008 and 2010.

He is currently working on a novel about Gustav Mahler, and his short story Timewind featured in the Uncommonalities anthology edited by John Schoneboom.

Andrew has previously published nonfiction in the field of clinical psychology and psychotherapy. He lives in Newcastle upon Tyne with his wife and two children.

Speaking about his win, Andrew said: "It means a lot to me to win this award. My time at Northumbria University studying creative writing was very enjoyable, very challenging and I learned so much.

“When you’re juggling a demanding day job with family life it can be hard to hold on to your writer identity, especially during the pandemic when work and home life have been busier than ever.

“This award couldn’t have come at a better time and when the world settles down I look forward to using the award to get some intensive writing time back into my life and complete the novel.”

Find out more about each of the winners on the New Writing North website.

The Northern Writers’ Awards are supported by Arts Council England and Northumbria University along with a host of publishing, media and higher education partners, including Channel 4 and Hachette Children’s Group.

A series of events for crime fiction fans will take place at Alphabetti Theatre, Newcastle this spring, bringing together people from the two very different worlds of fact and fiction.

The winners have been announced for the Northern Writers’ Awards 2019, the annual search for the best new writers in the North of England, produced by New Writing North. The awards took place on 26 June, National Writing Day. 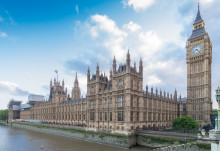