Over a two-year period, the Northern Hub for Veterans and Military Families Research and the Healthy Living Lab at Northumbria University will work closely with SSAFA and their volunteer network to collect and analyse a range of anonymised data from serving personnel, veterans and families from all three branches of the Armed Forces community.

The proposed data collection methods have been carefully designed to ensure minimal impact on beneficiaries during the initial steps they would normally go through to during SSAFA’s caseworking process. SSAFA supports the welfare needs of over 85,000 veterans, families and service personnel, with more than 41,000 cases and visits completed alone in 2019, in local communities up and down the UK.

The research is part-funded by a grant from the Armed Forces Covenant Fund Trust, which has identified a need for evidence in order to identify future need and develop funding models across the whole of the Armed Forces community. This is the next step in research and has come about as a direct result of the impact of the collaborative Map of Need project.

The Map of Need project analyses data from across the NHS and charities within the Armed Forces charity sector, which has provided government and the wider veterans’ sector with a health and social care overview of the veterans and military families community.

Dr Matt Kiernan, Associate Professor Mental Health and Veterans Studies, and Director of the Northern Hub for Veterans and Military Families Research at Northumbria University said: “Through the Map of Need project the team at Northumbria have established data sharing agreements with the main charities within the veterans’ sector as well as the NHS. We analyse this anonymised data to provide government and the wider veterans’ sector with a health and social care observatory of the veterans and military families community.

“As a direct result of this collaborative effort, the Map of Need has identified that financial hardship is a significant, yet little considered, issue within the veterans’ community. This new study will look in greater depth at financial hardship and food poverty within this community across the whole of the UK. This next step in research and the funding to undertake it has come about as a direct result of the impact of the Map of Need project.

Professor Greta Defeyter is the Director of the Northumbria University’s Healthy Living Lab said: “Covid-19 has shone a light on deepening inequalities and food poverty in the UK. However, the issue of food poverty in the veteran population has often been overlooked and never properly studied on this scale. The Healthy Living Lab are delighted to join forces with our colleagues from the Veteran Hub and SSAFA to research this important issue.”

Lt General Sir Andrew Gregory, Chief Executive of SSAFA said: “Financial hardship and food poverty has always been an issue for some within the Armed Forces community, but the data has never previously been collected and analysed so comprehensively.

“The evidence-base of this research will enable us to ensure that we, and the various and organisations with whom we work closely, are able to plan and allocate future projects and resources even more effectively than before, something that is very timely given the difficulties many are likely to face as a result of the pandemic and its effect on global and national economies.”

Dr Matt Kiernan is an Associate Professor of Mental Health and Veteran Studies at Northumbria University, the Director of the Northern Hub for Veteran and Military Families Research and a former Lieutenant Commander in the Queen Alexandra’s Royal Naval Nursing Service.

Dr Kiernan entered academia as a mature student whilst serving in the Royal Navy. Originally qualifying as a Registered General Nurse in Derby in 1991 he subsequently qualified as a RN (Mental Health) in 2001 with a BSC Medical Sciences from Sheffield University. He was awarded a PhD from Nottingham University in 2011.

While in the Royal Navy Dr Kiernan’s research focus was care delivery and the psychological effects of basic training on the individual. He retired from the Royal Navy on Health grounds due to injuries he sustained as a result of operational service.

Since arriving at Northumbria’s Department of Nursing, Midwifery and Health, he has been committed to developing The Northern Hub for Veterans and Military Families' Research, one of the UK’s leading research centres investigating issues within the veteran and wider military family’s community. The hub is a multidisciplinary team of academics, service providers and service users with an interest in improving the health and social wellbeing of veterans and their families across the life-span.

Dr Kiernan is currently leading a range of research projects which focuses on veterans and military families. Further details can be found here.

Dr Kiernan is also Chair of the Independent Advisory Panel for the British Army Infantry Training Centre and an Associate Editor for the Journal of EMDR Practice and Research.

A Professor in Developmental Psychology in Northumbria’s Department of Social Work, Education and Community Wellbeing, Professor Greta Defeyter is the Director of the University’s Healthy Living Lab.

The lab consists of professors, associate professors, and researchers from across multiple academic disciplines. It focuses on public health interventions; including school and community breakfast clubs, holiday hunger programmes, dietary intake and food insecurity within schools and the wider population, and the associations between nutrition, cognition, mental wellbeing and physical activity.

Professor Defeyter is a trustee/director of a number of charities, including Feeding Britain, Great North Air Ambulance Service, and the North East Child Poverty Commission. She is a committee member of the All Party Parliamentary Group on School Food, the All Party Parliamentary Group on Hunger, and the National Steering Group for School Breakfast Clubs. In addition, she is on the expert advisory panel of the British Psychological Society’s ‘Poverty to Flourishing’ campaign and the American Psychological Society Expert panel on inequalities. She regularly presents evidence to Select Committees in the House of Lords and the House of Commons, at HRH Prince of Wales Seeing is Believing Visits, Health and Education Forums, and recently has advised the Cabinet Office and the DfE and DEFRA on Covid-19 related projects.

Professor Defeyter has published over 100 academic papers and has led a number of successful research, knowledge transfer and public engagement projects; funded by the Welcome Trust, ESRC, British Academy, British Festival of Science, PHE, City of London, Mayor of London and many more. Currently she is guest editor for a special issue on food insecurity for Sustainability and guest editor for a special issued on Covid-19 and food insecurity for Frontiers in Public Health.

Professor Defeyter was awarded a Fellowship of the British Psychological Society for her work on food insecurity and social injustice; a Food Heroes award from Sustain and an award for knowledge transfer from the British Psychological Society. Earlier this year Professor Defeyter was named as one of The Big Issue’s Top 100 Changemakers for the positive impact on society for her research on food insecurity. 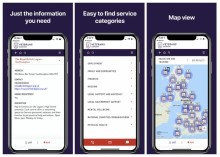 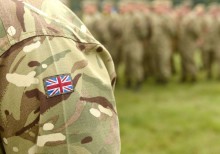 Northumbria University and Fighting With Pride - The LGBT+ Armed Forces Charity – have signed a Memorandum of Understanding with a shared mission of transforming support for LGBT+ Veterans.