The survey finds that 25% of adults have struggled during the pandemic to access food they can afford, and are likely to have been susceptible to hunger and potential malnutrition as a result. Meanwhile, nearly one in four adults looking after children have eaten less so they can feed the children in their household.

Half of all adults have tried to cope during the pandemic by purchasing less expensive food which they would not ordinarily choose to buy. That figure rises to nine in ten amongst adults who live in households that are the least food secure and most susceptible to hunger and potential malnutrition. Adults within this group are also the most likely to have used coping strategies which involve wasting less food, planning meals more carefully, and cooking main meals from scratch.

Even the high use of various coping strategies such as buying less expensive food, borrowing food, using food banks, sending children to eat elsewhere, and restricting the food they eat at a relatively high rate, has not enabled adults to become food secure and live free of hunger and potential malnutrition.

Adults who are the least food secure, and most susceptible to hunger and potential malnutrition, are also the most likely to have increased their use of coping strategies during the pandemic. Nearly one in three adults in this group, and who are looking after children, have resorted more frequently to eating less so that their children can eat, compared to only one in sixteen adults looking after children who report little or no problem in accessing the food they need.

Commenting on the findings, Andrew Forsey, Director of Feeding Britain said: “This survey reveals the lengths to which millions of people in our country are going to keep themselves and their families fed during the pandemic. It reveals also the uphill struggle that all too many of them have faced in doing so while attempting to maintain their dignity, independence, and self-sufficiency.

“During Feeding Britain’s emergency food programme, through which our regional networks will have distributed a million meals by the end of June, it has become increasingly clear that a broader group of households, in addition to the very poorest, are struggling to pay the bills and still put food on the table. This survey shows, sadly, just how many of our fellow citizens are now in that group. They have been exposed to hunger and potential malnutrition by a combination of low income and isolation, which has tended to follow a loss of earnings or problems with the benefits system.”

Professor Greta Defeyter, Director of Northumbria University's Healthy Living Lab, added: “These findings present an appalling picture of the high percentage of adults experiencing food insecurity in the UK. If we, as a country, are to stand a chance of getting to grips with this problem, we need the Prime Minister to oversee and implement with urgency a national food strategy which enhances the supply, affordability, and accessibility of nutritious food to everyone in our country, while minimising the need to deploy the many coping strategies, such as the use of food banks, which we have identified through this survey. These are often measures of last resort and do not compensate for an adequate income and the availability of affordable nutritious food within all communities.”

On the back of the findings, Feeding Britain recommends the introduction of a jobs programme to prevent long-term unemployment, a review of deductions from Universal Credit and the suspension of the two-child limit, a seamless year-round school meals programme which includes breakfast and lunch for children, automatic registration and inflation-proofing for Healthy Start vouchers, innovation funding for community food programmes, and tougher employment protections for people in low-paid and precarious work.

For further information please contact media.communications@northumbria.ac.uk, or Andrew Forsey on 07951 821 304 or andrew.forsey@feedingbritain.org

The survey was completed by more than 1,000 people.

Northumbria University’s Healthy Living Lab is one of the UK’s leading research centres into issues around the provision of child feeding programmes and holiday hunger. Its website is https://healthylivinguk.org/

Feeding Britain is an independent charity, established in 2015 by the All-Party Parliamentary Group on Hunger, with the aim of preventing and relieving hunger and malnutrition in the UK. Its website is www.feedingbritain.org 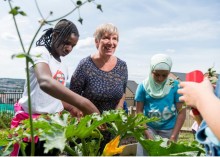 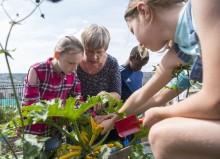 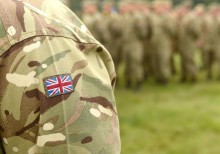