Northumbria is one of only 12 universities in the UK to run the Defence Technical Undergraduate Scheme (DTUS). The arrangement sees the Ministry of Defence (MoD) sponsor first degrees in engineering and information science disciplines for future technical officers in each of the three Armed Services and the Civil Service.

The scheme gives recruits destined for a career in the forces access to the outstanding experience available to Northumbria’s students, including paid work placements, adventure training and sport. The renewal of the five-year contract means that even more students headed to the Armed Forces and Civil Service will have access to Northumbria’s academic excellence in disciplines such as Mechanical Engineering, Electronic Engineering, and Computing.

Professor Wathey said: “We are delighted to reaffirm this prestigious and important relationship with the MoD. Northumbria makes a significant contribution to the professional expertise of the UK’s armed forces, educating almost one fifth of the engineering officers on the Defence Technical Undergraduate Scheme.

"Its continuation is an endorsement of Northumbria’s standing as a new kind of excellent university, combining academic excellence, outstanding student experience and responsiveness to our partners’ needs.”

Prior to the signing, Colin Evans, Captain Pat O’Brien of the Royal Navy, and Lt Col Andrew Duncan, received a tour of Northumbria’s Engineering and Environment facilities, including The Zone in Ellison Building. Lt Col Duncan, Commanding Officer of Trojan Squadron, the DTUS training squadron for Newcastle, said they had been hugely impressed by the knowledge and enthusiasm of Northumbria’s staff and students as well as the world-class facilities on campus.

“The partnership between Northumbria University and DTUS is a vital element for ensuring that the young men and women selected for the Scheme get an outstanding education in engineering based subjects prior to joining the Armed Forces.

“The signing of the Memorandum of Understanding between the MoD and Northumbria University reaffirms our strong links and sets the conditions for another five years’ worth of academic success for DTUS students.”

Engineering and Environment’s Associate Dean (International), David Bell, said: “Our MoD guests were very impressed with the resources available to the students. In particular, how, in many cases, lectures took place in the laboratory regarding the theoretical aspects and then students were allowed to put the theory straight into practice.

“While mathematics is key to many of our engineering programmes, our strength is getting the students to apply that mathematical knowledge in the real world, which is even more important in the armed forces when these potential officers have to make very quick decisions that could have a major impact on many people’s lives.” 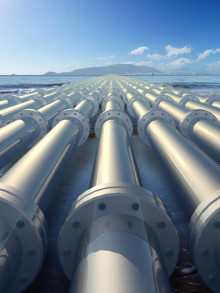 A pipeline to global success