William McNeilly, a Royal Navy submariner who blew the whistle on safety and security problems with the UK’s nuclear deterrent, has returned to Britain and handed himself in to police custody. An able seaman in the Royal Navy, McNeilly compiled an 18-page memo entitled The Secret Nuclear Threat and published it on the internet.

It makes 30 allegations regarding the safety and security of Trident, detailing how missile safety alarms were muted, security checks not carried out, and a collision with a French nuclear submarine covered up.

McNeilly has suggested that he attempted to raise his concerns through the chain of command on multiple occasions, but to no avail. He may now face prosecution under Section 2 of the Official Secrets Act 1989, which concerns defence matters. Petitions have already been set up requesting that the prime minister pardon McNeilly for his disclosures.

But assuming that the government pushes ahead and prosecutes him, exactly what is McNeilly up against?

The Official Secrets Act 1989 is as much a relic of the Cold War as Trident. It criminalises the unauthorised disclosure of official documents. A disclosure is considered damaging if it affects the capability of the armed forces, causes or would likely cause harm to citizens or equipment or endangers the interests of the UK abroad.

As with the other categories in the act which provide “damaging disclosure” tests, there is no scope to weigh any public interest benefit against the damaging effects of the disclosure. The only acceptable defence is for a Crown Servant to argue that they did not know or have reasonable cause to believe that their disclosure would be damaging. The act does not contain any clear provision that would allow whistleblowers to defend their disclosures based on public interest.

Ultimately, section 9 of the act provides the best protection. Prosecution requires the consent of the attorney general, who must weigh up whether it would be in the public interest to proceed. In this case, public support can act as a persuasive factor.

There are also very mixed protections for service personnel who want to raise concerns. Unlike their counterparts in the Ministry of Defence, members of the UK armed forces are exempt from the Public Interest Disclosure Act. The act allows workers to make a claim to an employment tribunal if they suffer detrimental treatment or dismissal as a result of raising a concern.

The MoD’s policy and guidance document for both civilian and service whistleblowers makes it clear that the defence authorities have agreed to “honour the spirit” of the act, meaning they will follow prescribed procedures and will protect individuals from retaliation or victimisation. Superficially it seems as though that should protect service whistleblowers. But the principles in PIDA do not easily apply to whistleblowing in the armed forces. The act does not prescribe any procedures for organisations to follow; instead, it operates a “stepped disclosure” regime, meaning protection can be obtained if a worker raises a concern internally, to a prescribed person (for example a national regulator) or makes a wider disclosure, for example to the media. The higher the step, the more the worker has to prove to get protection.

Yet the act only comes into play after whistleblowers have suffered detriment or been dismissed, meaning that all it can provide is the opportunity to sue the employer that fires or punishes a whistleblower after it’s done so.

In places, the guidance clearly distinguishes civilian staff from service personnel, but at other points that distinction in blurred, making it hard to know who’s entitled to what.

This is a serious oversight, since the experience of service personnel utilising the procedures without legal protection is likely to be very different to those working in a civilian capacity.

Service personnel can raise concerns to their commanding officer or to the service police. Both civilian staff and service personnel have access to Fraud Focal Points who deal with matters concerning fraud, theft or corruption. However, they do not currently record whether concerns have been raised by civilian personnel, service personnel or members of the public.

Ultimately, the MoD’s guidance is a feast of contradictions. It seeks to follow the principles of PIDA, but simultaneously instructs that whistleblowers should not contact the media or members of parliament even though PIDA can protect disclosures to both in certain circumstances.

The guidance and systems used to handle whistleblowing cases are in dire need of review, and their confused nature means it’s not clear how the system is currently operating in practice. To make matters worse, records kept under the Service Justice System do not record instances of whistleblowing, and concerns raised are not centrally recorded or monitored.

It is high time we got an armed forces whistleblowing law onto the statute books and reformed the existing procedures. Most of all, we have to work out whether the system we have is actually a barrier to effective whistleblowing – and if so, how to change it. 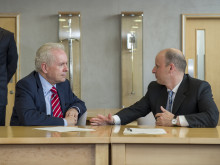 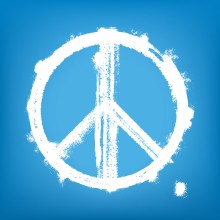