The rise or fall of Islamophobic and Antisemitic feelings in society are linked, argues a race expert from Northumbria University, Newcastle, in a challenging new book.

Dr Nasar Meer, a Reader in Social Science and co-Director of Northumbria’s Centre for Civil Society and Citizenship, is editor of Racialization and Religion - a ground-breaking collection of essays – which brings together the latest studies on the subject.

The book, published by Routledge, argues that Jews and Muslims are both singled out by the wider society as ‘folk devils’ and share similar experiences of hostility. It challenges the traditional way of studying the experiences of the two religious and racial groups separately.

Dr Nasar Meer said: “We now have a lot of evidence to show that hostility to Jews and Muslims rises and falls together, yet we haven't had much academic research on how and why they are connected.

“This book is one of the very first attempts to offer a thorough, evidence based and comparative discussion on this topic.

“It comes at a time when there is a pressing need for policy interventions alongside an informed public conversation (including between Jewish and Muslim organisations). We hope that this wide-ranging collection from leading scholars will contribute to this.”

Racialization and Religion will be launched on Monday 2 December during an event organised by the Pears Institute for the study of Antisemitism, Birkbeck, University of London, in partnership with the Centre for Civil Society and Citizenship, Northumbria University.

Dr Nasar Meer and colleagues, Professor David Feldman, Pears Institute for the study of Antisemitism; and Professor John Solomos, University of Warwick, will take part in discussions around the issues raised in the collection.

Copies of Racialization and Religion will be available for purchase at a special discounted price during the launch, which takes place at 6.30pm.
For more information about the free launch event, visit www.pearsinstitute.bbk.ac.uk. 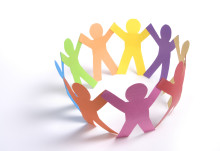 A race expert from Northumbria University, Newcastle will discuss the constantly changing face of race and racism in a special journal edition launched this month.