A Northumbria University academic is calling on the Government to provide financial support to people waiting for their first Universal Credit payment.

Dr Mandy Cheetham has contributed to a House of Commons Work and Pensions Select Committee report recommending that starter payments should be made to ensure that everyone has enough money for basics such as food and heating.

The Committee’s newly published report finds that the current wait leaves people with a difficult choice – a minimum of five weeks with no income, or the risk of debt and hardship later.

Dr Cheetham’s research fed into the report and focused on the experiences of vulnerable people and advice and support staff supporting them in North East England. The study was commissioned by Gateshead Council with funding from Fuse, the Centre for Translational Research in Public Health.

She said: "This report is timely given the increasing numbers of people who are moving on to Universal Credit because of COVID-19, which has shown up the stark inequalities facing people in North East England.

"The recent changes made to Universal Credit are welcome, but the increase needs to be made permanent. The need for a supportive, accessible and non-judgemental safety net is essential to help people through these difficult times."

Dr Cheetham, who is Research Fellow in the North East and North Cumbria Applied Research Collaboration (ARC) and an associate member of ‘Fuse, the Centre for Translational Research in Public Health’, addressed the Committee back in June on the impact of Universal Credit and the problems that claimants experience during the minimum five week wait for a first payment.

Some of the evidence the Committee heard suggested that people on Universal Credit are more likely to need a food bank or have rent arrears than people on the legacy benefits that it replaces, and that moving to Universal Credit may lead to a rise in psychological distress.

The study led by Dr Cheetham found that the aims of Universal Credit - to simplify the benefits system and move people into work - are simply not being met. Instead, people moving onto Universal Credit, who participated in the study including those with disabilities, health problems or complex lives, reported lengthy delays before receiving their first Universal Credit payment in full.

As well as this, once the payment is received, deductions for advance payments, historic over payments and rent arrears are leaving people without enough money to eat or pay essential bills.

The Work and Pensions Select Committee report recommends that:

The study led by Dr Cheetham in partnership with Professor Suzanne Moffatt from Newcastle University and Dr Michelle Addison from Northumbria University was published in leading medical journal BMJ Open (2019) which found that people moved on to Universal Credit are fighting to survive and being forced into debt, rent arrears and extreme hardship, with serious consequences for their health and wellbeing.

The ongoing situation and school closures as result of Covid-19 have a number of different implications for the education sector. Dr Emily Mann and Dr Jackie Shinwell of Northumbria University’s Healthy Living Lab explored the impact of the coronavirus crisis in terms of learning loss in this blog for Schools North East. 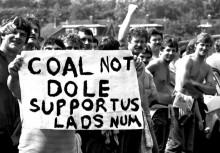