Leading scholars from across the UK travelled to Northumbria University to discuss the legal and political consequences of military action in Iraq between 2003 and 2011.

Experts across a range of areas including human rights, international law, constitutional law, legal theory and history spoke at the Iraq: Legal-Political Legacies conference which took place at the University’s Northern Design Centre, in Gateshead.

It is now more than a decade since the controversial deployment of British troops in Iraq in March 2003 and this military action raised a range of significant political concerns at domestic and international levels at the time.

UK forces were withdrawn from Iraq in 2009, yet the legal and political legacies of this military action are enduring. Of particular significance is the Chilcot Inquiry, due to report in summer 2016, on the lessons to be learnt from the conduct of the conflict. The 2003 military action also forms the backdrop to topical current events such as the ongoing conflict in Syria and Iraq.

Rebecca Moosavian, Senior Lecturer at Northumbria Law School, who co-organised the event with fellow Northumbria Law Lecturers Dr Conall Mallory and Dr David McGrogan, said: “The timing is critical for a conference of this sort, with the Chilcot Report coming out in June or July of this year. The conference brings together experts from across the UK to look at the legacy of Iraq, which raises a range of significant political concerns, from prime ministerial power to international law and human rights.”

Conall Mallory, Lecturer in Law at Northumbria University, added: “This conference further establishes the University as a powerhouse in relation to particular areas of research, bringing in academics from law, politics, geography, history and art. It shows that the University is not just evolving in one area but across a series of different areas.”

Running to two million words, Sir John Chilcot’s review into the Iraq War will be completed in April 2016 and released up to three months later after a team of officials have carried out national security checking.

The main focus of the Iraq Inquiry is on the events leading up to the 2003 invasion, including the legality of military action, the intelligence and whether former Prime Minister Tony Blair gave an early undertaking to then US president, George W Bush to support the invasion.

Northumbria University is a research-rich, business-focused, professional university with a global reputation for academic excellence. This conference was organised by the members of Northumbria Law School’s Law & Society and International Law research interest groups, two major research clusters within the faculty. 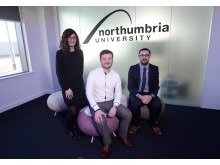 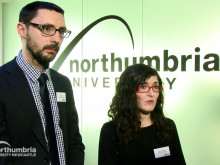