A friend of mine has a soft spot for a particularly grumpy pet tarantula. I have never been drawn to these creatures, which all seem pretty threatening to me, stalking the night in search of prey. Rarely are these arachnids considered soft and cuddly. Yet this glowering specimen is considered by its owner to warrant description as an especially grumpy spider. She has, it seems, a distinct personality.

Our attitudes to animals are heavily influenced by our ability to anthropomorphise their behaviour. The possibility that they respond to the world in some way that we might recognise, or display any hint of sentience or personality makes an immediate bond across the species barrier, however uncertain we might be of what a tarantula is really thinking.

The TV reality show I’m a Celebrity Get Me Out Of Here has once again provoked debateover the experiences of the invertebrates which find themselves participating in the programme. Every year the series reacquaints us with more species of invertebrates than feature in most David Attenborough documentaries: huntsman spiders and millipedes, water bugs and stick insects, witchetty grubs and green ants – plus a biodiversity hotspot’s worth of other critters to be variously chewed, sucked, licked and swallowed.

Those invertebrates whose TV debut does not involve actually being digested get the chance to meet a celebrity in a confined space or be showered all over their heads. The challenges are a terrifying vision of exotic, alien creatures in distress – and the invertebrates don’t fare much better.

Every year sees the celebrities subject to worse challenges but in recent year one constant has been the complaints of animal cruelty, including from TV naturalist Chris Packham in 2014. This year there was even more vocal concern as contestants held live invertebrates such as spiders, crickets and yabbies (crayfish) in their mouths, the invertebrates’ heads (and occasional stray antennae) poking awkwardly out into the world.

Get them out of there.

It was the yabbies that looked particularly embarrassed at their circumstances, wedged between showbiz lips, their dignity swept away by the need for ratings.

A standard cast of vertebrate soap opera baddies are also on set – rats, snakes and crocodiles – but it is the suggestion of cruelty towards invertebrates that is hardest to characterise. How can we judge the feelings of a temporarily engulfed crayfish sticking out of a celebrity’s mouths?

These yabbies provide some startling insights. Yabbies are freshwater crayfish, and listed by the International Union of the Conservation of Nature as “vulnerable” – a fair description of their televisual predicament. They lead surprisingly social lives, the size of their local gang leading to individual yabbies adjusting their behaviour, especially their willingness to get into fights. 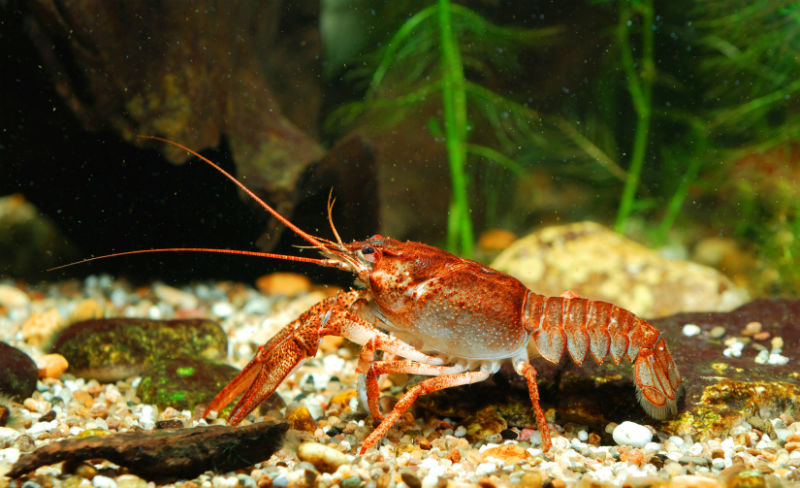 Crayfish have feelings too. Shutterstock

Yabbies also show distinct personalities – they can be either notably bold or shy, traits they seem to keep throughout their lives. Bolder yabbies eat more and grow faster. Even more surprisingly, research shows they can remember a face (or at least, another yabbie). Yabbies are prone to bicker, using their claws to wrestle and intimidate. During these bouts they can learn to recognise the faces of their opponents using visual cues.

It is a lucky thing for those celebrities that the yabbies are having to stare out at the camera, because the ability to remember a face might be a handy talent for a vengeful crustacean whose dignity has been abused.

Huntsman spiders are another stalwart of the jungle game show. Their bodies can be a couple of centimetres long but it is their legs, long and hairy, combined with their large fangs, that hit the typecasting buttonm as far as arachnaphobes are concerned. Many species are sociable – living in colonies, sharing a web, often with a large adult females who will share the prey that she catches with the youngsters and provide some degree of protection.

But it is not all harmony in the huntsmans’ world – and starved covens of spiders can fall into cannibalism. Those spiders fleeing the onslaught of some desperate celebrity are maybe just hoping for a quiet life with their brethren on a cosy web.

The possibility of home-loving huntsman spiders and shy crayfish who remember a face should be enough to stop us in our tracks. There is more to them than we recognise. I do not know what a grumpy tarantula actually thinks, but they may be more like us than we know. 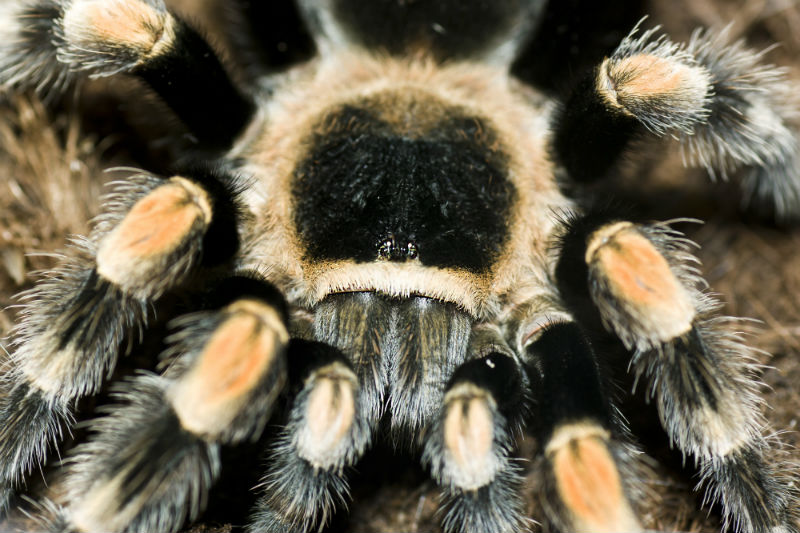 All eyes on the spider. Shutterstock

Females of the sulphur brown bird-eating spider for example, ignore the puny mating vibrations of their own males in favour of the far more impressive strumming of hunky white coloured tarantulas, who then spurn them.

That probably makes for a rather grumpy spider – perhaps they’re the ideal celebs for next year’s series.