Mike Jeffries, Teaching Fellow in Ecology at Northumbria University, writes about the anthropomorphism of animals in response to the recent episode of BBC One's Planet Earth II.

Sir David Attenborough is a “heartless sadist”, preying on viewers’ nerves with the stuff of natural world nightmares. So said the Daily Mail in a slightly tongue-in-cheek review of an episode of BBC nature documentary Planet Earth II.

The episode includes cute ibex kids being chased along sheer cliff faces by foxes, adorable bears dodging avalanches – and reaches a harrowing crescendo with a snow leopard “rape”, as the mother of an adolescent cub was set upon by two males. Natural history television is supposed to be safe family viewing – isn’t it? But as the reviewer wrote of this installment:

"Planet Earth II left Sir David Attenborough looking not so much the saint we’d always thought he was but a heartless sadist. Not a TV God or English gent, but well a total bastard intent on making us all suffer. Certainly so far it has been torture with the great man preying on viewers’ nerves as ruthlessly as the predators he was showing us."

Yet there’s nothing new in the hardships shown in Planet Earth II. Popular tales of the natural world have always been tinged with danger, from Victorian hunters’ portrayal of Africa as the “Dark Continent” to the earliest natural history film, Douglas Burdon’s quest for the Komodo dragon, which inspired King Kong.

Death and disaster are staples of wildlife film-making – audiences, after all, expect action. The BBC even ran a specific series in 2015, The Hunt, which enabled us to watch beautiful creatures killing each other from the poles to the tropics.

But is nature really just red in tooth and claw? In fact, it can be just as much green in leaf and flower. Earth’s great habitats, from forests to coral reefs, also rely on mutualisms as species work together. The trouble is that an hour-long film of tree roots and their associated fungi would be painfully boring for most. It would be like watching paint dry.

But criticism of Attenborough seems to be driven as much by the emotional rollercoaster of his commentary and editing as by the actual content. We are presented with the “rape” – the tension ratcheted up even more by the presence of a cub in apparent mortal danger – in tones dripping with anthropomorphised emotion. How could we not look at that female cat in peril and empathise, couching her fate in human terms?

Anthropomorphism is a powerful, natural and universal human response. But some scientists and commentators have long warned against it – at least as far back as 500BC when the Greek philosopher Xenophanes cautioned against attributing human characteristics to the gods. Perhaps we anthropomorphise in an attempt to make sense of the world, to make it more familiar, more comforting, less alien. But it certainly makes for great – albeit disturbing – nature TV.

Anthropomorphism can also be used as a powerful way to involve the public in science. The European Space Agency’s Rosetta mission to the comet Comet 67P/Churyumov-Gerasimenko was supported by a series of beautiful animations in which the Rosetta orbiter and the Philae lander are made human, with expressive hands and faces. Philae is dressed up as diminutive adventurer with hard hat and backpack. I defy anyone not to shed a tear as three tons of space hardware is made to feel like part of the family.

But anthropomorphism can also be the curse of superstar species. Natural history TV can make and break stars as surely as any celebrity gossip magazine can its human menagerie. Chimpanzees and dolphins, for example, are both suffering from some bad press because of it.

Chimpanzees had long had a career as a variety comedy act as funny little animals in tea commercials and zoo tea parties but Jane Goodall’s famous research changed that. The chimps of Gombe forest were no longer to be dressed up and looked down on, but instead became our fellow creatures, our cousins – TV gold in the 1990s.

But footage of them in their natural environment soon revealed their all-too-human dark side, as they were captured brutally hunting and killing monkeys and embarking in violent tribal warfare. Their infamy crystallised in the personality of Gombe’s Frodo, who went from cute baby to brutal bully, ruthless monkey hunter, tormentor of Goodall and, eventually, killer of a human baby. Frodo had been so anthropomorphimised by that point there were even suggestions that he be tried for murder.

Dolphins had a similar fall from grace. Their image as smiling, chatty and playful marine cousins of ours made them easy icons for the environmental movement. Dolphinaria were closed down and dolphin family life was eulogised. That is until a documentary showed sexual behaviour that could only be described as “rape”, as gangs of male dolphins roamed the sea in search of vulnerable females. murdering” smaller species such as porpoises, seemingly for fun – although what’s really going on is debatable.

Hopefully the snow leopard’s “domestic violence” will not result in such a rapid fall from grace. So what were we really seeing? And can it really be considered rape?

Well, exactly what the snow leopards were doing remains unclear. The female evidently had made attempts to attract a male and the fact that two arrived may have made the situation more tense than it might otherwise have been. Still, as Attenborough made clear, male snow leopards do kill cubs that aren’t theirs and the female must have been caught between the contrary urges to find a mate and protect her cub from the likely consequences of doing so.

The sequence ends with the female limping away – and clearly mating in the world of the snow leopard is a dangerous business. However, none of these ferociously armed predators was mortally hurt and whether it constitutes “rape” in the world of these mysterious mountain cats is a question that we will likely never resolve. A different commentary could have conjured a very different version of events, but it’s worth remembering that while we are hopelessly hardwired to see the world through human eyes, nature itself is not. 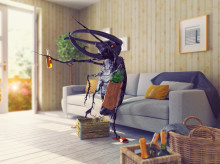 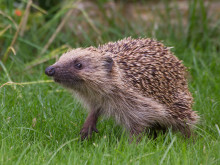 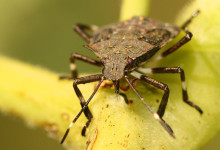 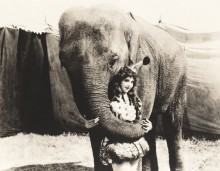