Rare books inspired by one of the 18th century’s most successful authors will be made available to the public for the first time through a new online library.

Writer and clergyman Laurence Sterne (1713-68) rose to fame thanks to his comic and controversial novels The Life and Opinions of Tristram Shandy, Gentleman and A Sentimental Journey through France and Italy.

Both books sold widely throughout Europe and inspired a variety of adaptations and spin-off works, both in the form of literature but also songs and artwork.

These works, dubbed ‘Sterneana’, were meticulously collected and preserved by twentieth-century librarian John Claude Trewinard Oates (1912-1990), and thanks to a project by Northumbria University academic Dr Helen Williams and Mary Newbould of the University of Cambridge, they will soon be available for anyone to view online, alongside Sterne’s original work.

Working with Cambridge University Library and the Laurence Sterne Trust, and with funding of over £200,000 from the Arts and Humanities Research Council (AHRC), Drs Williams and Newbould will establish the Sterne Digital Library.

This free digital resource will be available to all and will provide one of the most comprehensive online databases of early ‘fan fiction’ – exploring the relationship between an original text and the literary adaptations it inspires.

As Dr Williams explains: “Sterne’s work was very experimental and caused quite a stir when it first appeared in 1759. He originally wrote anonymously and in serial instalments, which led to a large number of spin-offs, copies and creative adaptations from fans. This ‘Sterneana’ raises interesting questions around what we as readers expect from a novel, and also has important implications for how novels were designed as visual artefacts as well as how they were written.”

The Sterne Digital Library will involve the digitisation of around 65 items from the Oates Collection. This includes first editions of Sterne’s works, together with imitations and other Sterneana, collected by Oates, which are housed in the Cambridge University Library.

Dr Williams, a Senior Lecturer within Northumbria’s Department of Humanities, added: “This project will not only mean the collection is available to view for free to people around the world, it also ensures that the dataset is searchable and open access, to enable scholars to generate new research in the future.”

In addition to the Sterne Digital Library, Dr Williams is about to embark on another new project after recently being announced as a 2019 British Academy Rising Star Engagement award winner.

The awards recognise some of the most promising and talented academics in the UK and aim to encourage wider engagement within the humanities and social sciences, beyond academia, through events, training, and mentoring activities.

Dr Williams is one of just 23 academics across the UK to receive one of this year’s awards. Her project, Novel Impressions, will bring together a network of early career researchers, printing professionals and curators to explore the history of 18th-century literature and print.

The group will focus on the history of the hand press through a series of workshops, open to the general public and held at seven print houses and museums across the UK and Ireland, including Northern Print in Newcastle, The National Print Museum in Dublin, and Hurst Street Press in Oxford.

Speaking about the project, Dr Williams said: “Books in the 18th century were really shaped by the printing technology of the day – everything from chapters to pagination was a result of the technology available at the time.

“These workshops will bring together print experts, historians and the general public to explore this topic in more detail. We’ll be considering what factors shaped the graphic design of the early novel, what technological opportunities and limitations gave 18th-century literature its formal characteristics, and which features modern day novels have inherited from this period.”

Novel Impressions is endorsed by Professor Pat Rogers, Fellow of the British Academy. The project is led by Dr Williams and supported by Dr Katie Aske, who will be facilitating workshop evaluation and supporting network members.

Project members are currently being recruited – find out more about the project and how to apply at www.novelimpressions.home.blog/ 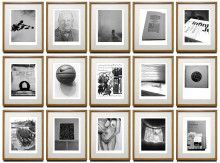 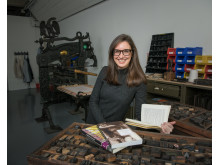 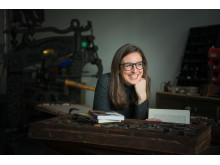