The international program provides student coders with paid opportunities to work with software development companies during their summer break – developing open source code which will then be globally available.

This year gprMax, software developed by Dr Craig Warren and Dr Antonis Giannopoulos and used for simulating and modelling Ground Penetrating Radar (GPR), was one of just 207 organisations worldwide selected to take part in Google Summer of Code (GSoC).

The software can be used across a wide variety of sectors, including archaeology, engineering, geophysics and medicine. Some examples of its application include discovering lost Egyptian tombs, mapping the subsurface of cities, investigating glaciers in the Antarctic, or imaging tumours in the human body.

Now two students – John Hartley from the University of Edinburgh, and Manish Agrawal from the Indian Institute of Technology Kharagpur in India – have been selected to work with Dr Warren and Dr Giannopoulos over the next three months.

Dr Warren, a Senior Lecturer with Northumbria University’s Department of Mechanical and Construction Engineering, said: “We were very pleased to be selected to take part in the Google Summer of Code, especially as we’re one of just 27 new organisations chosen to be involved in this year’s scheme.

“It is a fantastic opportunity for students from around the world to contribute their skills, and learn about developing open source code in real software projects.

“John and Manish will be bringing new features to gprMax that transform and enhance the accuracy and performance of the software, and allow it to be used for more GPR applications as well as new areas of electromagnetic imaging.

“Their contributions will be integrated into gprMax at the end of the program, and they will be helping to grow the open source community in science and engineering.”

The gprMax software can be downloaded and used for free by anyone, anywhere in the world, with approximately 150 people downloading gprMax every fortnight, according to recent figures.

The development of the software has been supported through funding from Google Fiber in the USA and the UK Defence Science and Technology Laboratory. The Canadian firm Sensors & Software, which produces the GPR systems used in Northumbria’s research, has also supported gprMax through a funded PhD.

Speaking about the involvement of gprMax in the Google Summer of Code, Dr Giannopoulos, Reader and Director of Discipline of Civil and Environmental Engineering within the University of Edinburgh’s School of Engineering, said: “I am delighted to see gprMax being given this unique opportunity.

“gprMax’s foundations were set 20 years ago in Edinburgh after recognising that as a research community we need powerful openly available tools to develop novel practices and understanding in GPR technologies. Being open source, it became a driving force for future discovery and the involvement of more experts.

“The current recognition rewards this commitment to develop tools for repeatable GPR research, supported by a company of world-wide stature and a strong supporter of open source software. I am looking forward to an exciting summer of code, working together with Craig, John and Manish!”

Find out more about gprMax and the Google Summer of Code.

Find out more about Northumbria University’s Department of Mechanical and Construction Engineering by coming along to one of our upcoming open days. 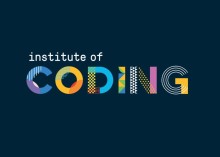 Teach the Nation to Code: Databases

Northumbria University is once again teaming up with IT training company QA Consulting to deliver a free computer programming session as part of the Institute of Coding (IoC). 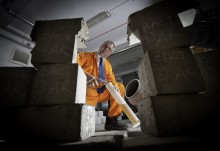 Northumbria University, Newcastle, is one of just two universities to be newly recognised this year as an Academic Centre of Excellence in Cyber Security Research by the National Cyber Security Centre and the Engineering and Physical Sciences Research Council. 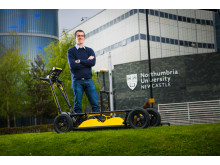