A young Taiwanese boy caused extensive damage to a valuable 17th century painting by Paolo Porpora after he accidentally tripped and put his hand through it while trying to break his fall.

The incident highlights an ongoing challenge faced by museums and galleries – keeping works of art accessible to the public, and protecting them at the same time. Curators and conservators are only too well aware of the risks, which can be deliberate, incidental or, as in this case, accidental. So what can we learn from this and what could be done differently?

Deliberate damage is probably the most difficult to manage, as was the case with the Leonardo da Vinci cartoondamaged by gunshot in the National Gallery in London in 1987 despite the painting being protected by a laminated plate-glass screen.

Incidental damage is easier to anticipate, in that it often results from a visitor’s innate curiosity about the surface of a material. It can be managed through the use of signage, gallery attendants, by developing the visitors’ understanding of the damage that can be caused, or the use of a physical barrier. Gallery attendants are able to provide a discreet and unobtrusive service that targets only those visitors who present a risk.

However, cutbacks in funding have meant that even when they are employed they often have to oversee more than one gallery, making it impossible to supervise visitor behaviour.

The Bowes Museum in Barnard Castle provides an opportunity for the visitor to handle different materials and artefacts in order to provide a more sensory experience alongside an understanding of their fragility. However not all visitors engage with the education centre and many who do quickly forget the lessons learned once in the galleries.

An additional confusion has been introduced through interactive contemporary artworks, such as Carsten Höller’s, that encourage visitor engagement. It can be all too easy for the visitor to then assume that “up close and personal” is acceptable behaviour with all works of art. Surface damage may not be immediately apparent or obvious but as thousands of future visitors follow the same instinctive urge to touch, it builds up cumulatively resulting in irreversible damage to the beautiful surface patina of materials such as bronze. Although the surface of a painting does not offer quite the same tactile allure, they too can suffer similar consequences.

I worked at the National Museum of Wales when it opened its new Centre Court in 1993. At the time it was determined to provide as much physical access to the artworks as possible, as a result there were no barriers in front of any of the paintings. Within a week the huge Michael Andrews painting – The Cathedral, The Southern Faces/Uluru (Ayers Rock) – had to be cordoned off as the result of the damage caused by the many visiting children who had trailed their curious fingers across its unprotected surface.

Many museums would prefer not to use barriers simply because they spoil the look of a gallery. In the past some resorted to technology in the hope of managing the risk without disrupting the gallery aesthetics. Museums such as the Stederlijk Museum in Amsterdam used alarms triggered by lasers to alert visitors to their proximity to a painting. It is perhaps not surprising that the trade-off between aesthetics and noise has not been taken up universally.

The use of rope barriers is commonplace but due to their flexibility, a visitor can still get quite close to a painting either deliberately or inadvertently. It would seem that it was in recognition of that particular risk that staff in Taipei decided to place a raised platform between the barrier and the painting as a reminder to the visitors should they get too close. It was unfortunate that it was this very platform that contributed to the incident.

My question is why this boy was wandering around apparently unsupervised in such an aimless fashion with little apparent spatial awareness and with what appears to be a drink in his hand. Had the contents of the drink also gone over the painting the damage would have been even greater.

The kids are not all right

In 2014, art critic Ivan Hewett suggested children be banned from galleries after a young girl was allowed to climb on a Donald Judd sculpture at the Tate Modern. Sociologist Tiffany Jenkins talks about museums turning into playgrounds, and it is hard to disagree.

We have all been to museums, especially on rainy holidays, where children are allowed to charge around making a huge amount of noise with little or no interest in the collections other than as obstacles around which to play. This is always a disappointment on so many levels: first because the children are missing an invaluable opportunity to learn about themselves and the world in which they live, but also because their behaviour prevents everyone enjoying the collections that they have travelled to visit.

Many museums are complicit in this development as they focus on using their collections to entertain children rather than excite their curiosity in the hope of drawing in the visitor numbers that are essential to their funding and survival. Personally, I have no problem with children in museums for the right reasons and have never forgotten the huge blue whale and dinosaurs at the Natural History Museum that triggered a life-long love of natural history.

Perhaps the current problem is that fewer people seem to appreciate the value of proper behaviour or care about its impact on others. Maybe the incident in Taipei might have been avoided if the young person involved had been taken around the show by an adult in order to engage with the creative genius that was Leonardo da Vinci. 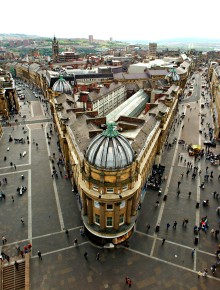 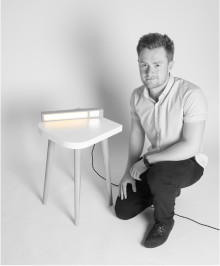 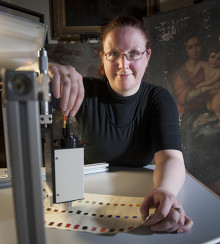 How can museums and libraries respond to the 21st century?