The New Zealand artist, who graduated from Northumbria University’s MFA (Master of Fine Art) programme in 2016, will be developing a new body of work, throughout her residency at Newcastle’s independent cinema from October 2016 – January 2017. The final installation will be shown as part of Tyneside Cinema Gallery’s 2017 programme. The Northumbria University and Tyneside Cinema Graduate Residency programme will enable Cat to work with support from staff at Tyneside Cinema, as well as use of an artist studio and the venue’s state-of-the-art technical equipment.

As an artist, Cat has exhibited both locally and internationally. This year, her exhibition, The Horses Stayed Behind, won a national award for Best Regional Art Exhibition at the New Zealand Museum Awards. In 2014/15, she was the Tylee Cottage Artist in Residence with the Sarjeant Gallery in Whanganui and in 2015 she represented New Zealand at the TRIO Sculpture Biennial in Rio de Janeiro. During her studies at Northumbria, Cat’s interest in site-specific research has drawn her into the museum collections and local histories of Newcastle.

Cat said: “I am thrilled to receive the Tyneside Cinema Graduate Artist Residency and will use the opportunity to create a new cinematic artwork that links stories from the North East which I have discovered while studying at Northumbria University with narratives from international locations, such as Austria, Scotland, Japan and New Zealand. It's wonderful to have the support of a dynamic organisation such as Tyneside Cinema and the continued support of Northumbria University.”

Fiona Crisp, Associate Professor of Fine Art at Northumbria, said: “It is invaluable for graduates to be able to follow-up their educational experience with high-calibre professional opportunities such as this.

“Cat is a fantastic example of the combination of regional engagement and national/international ambition that epitomises graduates from the MFA programme at Northumbria and we wish her well for her residency with Tyneside Cinema.”

The Tyneside Cinema’s Graduate Residency is designed to support the professional development of young and emerging artists working within the moving image. The initiative is part of a wider partnership between Northumbria University and Tyneside Cinema that aims to develop and promote arts and culture in the North East.

Thomas Peutz, Tyneside Cinema Chief Executive, said: “We are delighted that Cat Auburn has been selected as our 2016 Graduate Artist in Residence. The residency enables the production of new work and provides a rare opportunity for a recent graduate to exhibit within a Cinema context. We look forward to seeing how the work develops over the next 3 months.”

Tyneside Cinema is an Arts Council Portfolio Organisation and The Gallery is their state of the art, purpose built space dedicated to showing artists’ moving image and independent film. Since 2014, The Gallery has celebrated the crossover between artists and filmmakers working with moving image, presenting their work within a state-of-the-art gallery dedicated to exhibiting artist film.

The Gallery has established itself at the forefront of presenting artist moving image and engaging new audiences by bringing some of its most exciting practitioners to exhibit their work in the North East of England. The Gallery has presented 30 artists since opening in 2014, including John Akomfrah, Larry Achiampong, David Blandy, Phil Collins, Ursula Mayer, Rachel Reupke, Aura Satz, John Smith, Chris Watson, Ian Forsyth & Jane Pollard.

Northumbria’s Art and Design courses are rated Top 10 in the UK for research power. For more information about studying the arts at Northumbria University go to: www.northumbria.ac.uk/arts or sign up for one of our next Open Day on 26 November

Northumbria University, Newcastle and Tyne & Wear Archives & Museums (TWAM) have forged a new partnership that will support teaching and research, while creating a range of opportunities for artists and the community. 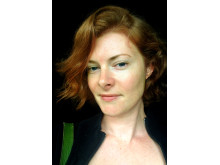 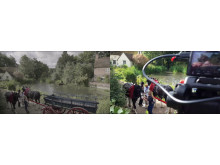 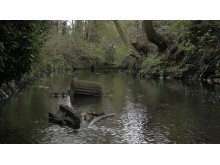