This month sees sporting gladiators from Northumbria and Newcastle universities come face-to-face to battle for the coveted Stan Calvert Cup.

Team Northumbria triumphed in 2014, leading the way by nearly 20 points to bring the trophy home and ending Newcastle’s six year reign. As Team Newcastle look for revenge, 2015 is shaping up to be one of the closest years yet.

Colin Stromsoy, Head of Sport at Northumbria said: “As a University we are ranked in the top 10 nationally for sport, but a Stan Calvert victory was the missing piece of the jigsaw.

“Everyone knew we had been waiting far too long for a win and there was a collective will to succeed last year. Whether it was the students cheering on from the sidelines or their class mates making a decisive move on the pitch, the Team Northumbria family pulled together with one goal in mind. I think everyone involved will remember 2014 as the year we restored some much-needed local pride to our national sporting success. However, as holders we now face a different kind of pressure!”

The Stan Calvert Cup has become one of the UK’s largest varsity sporting competitions, seeing hundreds of students from both universities compete and come together to support their university. The competition promises to have something for everyone, with events ranging from rugby to water polo.

Stan Calvert is named in recognition of a man who contributed 33 years of outstanding service and promotion of collegiate and community sport in the North East. Since it began in 1994, the competition has seen over 1500 students from both universities competing.

Each year, the competition culminates by bringing Team Northumbria and Team Newcastle together for one final battle. This year’s finale will see both teams take to the arena at Sport Central for a high stake netball match. In a change to previous finals, netball will take centre stage and promises to be passionate and intense, with tickets expected to sell fast.

From Sunday 22nd February – Sunday 1st March, you can see 60 teams competing in 24 sports across both Northumbria and Newcastle’s campuses. For information on fixtures visit www.stancalvert.co.uk

Tickets for the final can be purchased at one of the official Stan Calvert 2015 box offices at Sport Central or Newcastle’s Sport Centre. 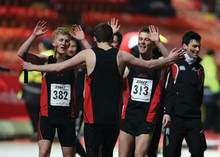 Sky Sports will broadcast Team Northumbria’s first home game of the Netball Superleague season as they take on Loughborough Lightning on Monday night. 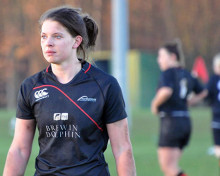 Team Northumbria has lifted the Stan Calvert Memorial Cup for the second year running – beating off stiff competition from Newcastle University in one of the UK’s largest varsity sporting events.