The event on Wednesday 15th April 2015 will be held at Newcastle Business School between 1pm and 5pm and is open to all staff and students from higher education institutions in the North East. It will seek to raise awareness of lad culture/laddism, identify how prevalent it is and explore how it might best be tackled by staff and students.

In February 2014, the NUS launched its first research report on lad culture, entitled That’s What She Said, and it devised a national strategy on lad culture, established a committee and a dedicated team to oversee and deliver the strategy, and called upon ministers to organise a national summit to tackle the problem. In September 2014, the NUS conducted a survey to quantify the problem and it found that one-in-four students had suffered from unwelcome sexual advances (e.g. inappropriate groping and touching): 37 per cent women and 12 per cent of men. That same month, the NUS launched a pilot project, which focused upon ten higher education institutions, in order to assess what lad culture looked like on their campuses and to investigate if and how it was being tackled.

Doctor Sue Abbott, from Newcastle Business School, said: “Lad culture has been described as sexist and homophobic language and behaviour rooted in a warped sense of masculinity. While some may dismiss it as ‘harmless’ and ‘just a bit of fun’, the research to date indicates that it leads to a whole set of problems on campus and in wider society. Importantly, this is also not just an issue for women; men also suffer in a lad culture that is oppressive and which defines masculinity in such narrow terms. And while the issue is clearly national rather than regional, we wanted to take a lead in addressing the issues through this North East summit.”

There will be plenary session with speakers from the National Union of Students (NUS) who will talk about research and activities at the national level, and local academics who will share their research findings. The Good Lad Project will also talk about how this is an issue for men as well as women. There will also be workshops, one for staff and one for students, to look at practical ways of tackling lad culture on campus.

The health and safety of all students and staff is always Northumbria’s highest priority, and this summit can be seen as another example of the University’s proactive approach to wellbeing. Northumbria recently became the first higher education institute in Europe to roll out a free safety app which connects directly to security on campus and provides additional peace of mind around the clock for students and staff.

To register for this free event please visit: www.northumbria.ac.uk/tacklingladculture 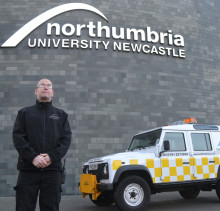 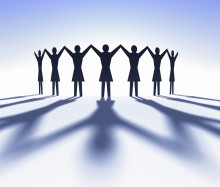