More than 37,000 school children, parents and teachers have benefited from a pioneering £3 million project designed to help engage young people with science, according to new figures released this week.

The NUSTEM project, led by Northumbria University, was launched in 2014 to help engage more young people in Science, Technology, Engineering and Maths, known as STEM subjects. It was designed to inspire future generations of scientists and engineers and redress the balance of female students and under-represented groups studying STEM subjects in universities.

The pioneering project, which was led by Northumbria in collaboration with regional and national partners, was supported by a £1.2 million grant from the Higher Education Funding Council for England (HEFCE).

Since its launch, Dr Carol Davenport and a team of specialists, have undertaken thousands of hours of work with children from pre-school age through to those leaving secondary school. They have shared the benefits and opportunities that working in science-related subjects can bring.

Dr Davenport explained: “One of the biggest successes of this project is our work with pre- and primary school children. We very quickly realised that most children have made up their minds about their future careers by the time they leave primary school.

“STEM is so integral to everything that happens in life and we want children and their families to be comfortable with, and interested in, these areas. Our work with this age group revolved around expanding and exploring the possibilities of what they might be able to do when they got older. Encouraging them to think differently was a key part of our work.

“In some schools we’ve gone beyond the science department to work with the Arts or the English staff and showed how we could use STEM subjects to influence work across the curriculum.

“For example, our Imagining the Sun sessions used poetry, words, music and the arts to answer questions about why the Sun matters; how the energy from the Sun drives our climates and generates space weather. In another project we took samples of meteorites into classes of 7-year-olds and encouraged them to think about rocks, volcanoes and geology and gave them lenses and sketch pads to role play being a geologist for the day.”

As well as working with children, the NUSTEM team also engaged in a major programme of CPD activity with primary school science coordinators to develop their ability to lead science throughout the school. A number of those taking part the CPD have now progressed to more senior roles in school.

Outside of the classroom, the NUSTEM team worked with over 6,000 parents and influencers at community events, including events led by project partners, Life Science Centre. Dr Davenport explained: “The term ‘science capital’ can be described as a giant holdall in which pupils carry around their knowledge, attitudes, skills and experience of science. Researchers have found a strong correlation between those children with a high science capital – for example, those who visit museums or talk about science at the dinner table – and those who go on to study STEM subjects. It’s therefore vital that we work with parents, schools and influencers to develop conversations and build science capital within their circles.”

The project has proven to be so successful that the NUSTEM team have secured further funding from other organisations to continue their work. The team will continue to deliver their outreach and engagement work with children, thanks to a combination of funding from the University, other grant providers and employers who are keen to benefit from the NUSTEM team experience of developing new talent with STEM skills in the future.

Professor Glen McHale, Pro Vice-Chancellor for the Faculty of Engineering and Environment, commented: “I can think of few matters more important for the future of the UK than to ensure that Science, Technology, Engineering and Mathematics benefits from all of the talents of our society. I am therefore delighted that NUSTEM has been able to work with our partners to address the balance of female students and under-represented groups studying STEM subjects in universities.”

The impressive results of the NUSTEM project are released in the days ahead of the official launch of Northumbria University’s stunning new £6.7 million STEM facilities, which include a wind tunnel, a bespoke engine test cell facility, rapid prototyping equipment and a scanning electron microscope.

These cutting-edge technologies will enhance existing teaching and research facilities for the 3,500+ students currently studying STEM subjects, as well as enabling the launch of new undergraduate and Masters degrees in subjects such as Automotive Engineering, Physics and Civil Engineering. 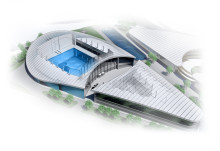 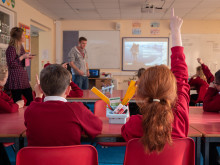 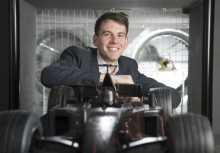 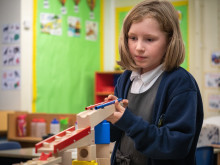 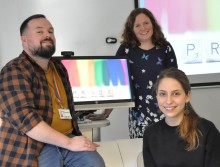