Adam Jackson, Chrisje Brants and Tim Wilson from Northumbria Law School, and Derek Johnson from the Department of Geography, will join colleagues from The Netherlands Open University, The Norwegian Police University College and Stockholm University. They will be studying tensions between privacy and crime fighting on the TOR-network – a free software that allows anonymous communication. In addition, the team will look at ways of ensuring that evidence of international criminal activity can be collected effectively and exchanged efficiently between different jurisdictions.

While the number of traditional crimes is generally falling throughout much of the world, especially in Europe, the growth of cybercrime, including illicit trading on the Dark Web, is creating new challenges for the police and the courts.

Law School Senior Lecturer and Deputy Director of the Northumbria Centre for Evidence and Criminal Justice Studies (NCECJS), Adam Jackson, is an expert in the Law of Criminal Evidence. He said: “It is important to ensure that when evidence is gathered without the traditional indications of geographical origin and is wholly dependent on the integrity of digital capture it will be accepted as reliable by the courts. We shall also be looking at how police activity against cybercrime can strike the right balance between protecting society and respecting legitimate privacy rights.”

From the Geography and Environmental Sciences department Senior Lecturer Derek Johnson will add his knowledge and expertise in crime data, recording and investigatory practices in the digital environment. Criminal activity on the TOR network will be explored and related theories of crime examined. He added: “Over the decades we have seen technology advance rapidly and with it the nature of criminal opportunity. Justice agencies need to understand those changes in order to fulfil community needs of prevention, detection and justice provision. This work will seek to advance that understanding in what has become an increasingly complex social as well as technological field without the usual geographical boundaries.”

Another member of the team, Professor Chrisje Brants commented: “Criminal activity on the Dark Web requires international collaboration between police forces and the cross border use of evidence to obtain convictions. This requires mutual knowledge of, trust in and recognition of differing criminal justice systems and laws and the evidence they can produce. There may also be problems concerning the limits of the freedom of expression, differing substantive laws (e.g. pornography, terrorism) and consequently different boundaries to the use of intrusive police powers.

The NCECJS research is not just of academic interest as Northumbria Law School’s Professor Tim Wilson explained: “At the beginning of the year I discussed with the House of Commons Justice Committee the lessons from our research can inform decisions about how police and judicial cooperation with EU countries can continue after Brexit. This was acknowledged in a report that the Committee published in March. Other NCECJS members have been involved regionally, for example, in police training in County Durham. Nationally other colleagues are working with the Forensic Science Regulator to find ways of improving how evidence recovered from a crime scene is tested for its reliability in legal proceedings.”

Professor John Wilson, Pro Vice-Chancellor for the Faculty of Business and Law at Northumbria, said: “This new project further consolidates the reputation of the University’s NCEJS research centre for innovative work at the interface between law, globalisation and scientific or technological development. The quality of that work has clearly been recognised in the award of a multi-national research contract by three research councils: NordForsk (the Scandinavian region’s joint research body): the UK’s Economic and Social Sciences Research Council and the Netherlands Organisation for Scientific Research.

“Insights gained from this research will also be reflected in Northumbria, in both teaching on traditional degree courses and our increased engagement with the training of criminal justice professionals.” 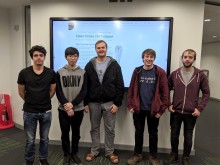 Students through to cyber-crime competition final 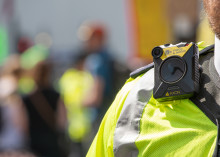 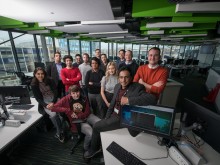