An expert in animal law at Northumbria University, Newcastle, has called for a revolution in how so called ‘pet-custody’ decisions are made in divorce cases.

Many divorcing couples come to a mutually acceptable agreement over where the family dog or cat will reside following a relationship breakdown. However, some couples consider their pet to be just like their child and are not able to come to an agreement about which of them should keep the beloved family pet.

Deborah Rook, Principal Lecturer at Northumbria Law School, has called for a change in the law governing pet custody decisions. The current law treats domestic pets as personal property, much like a car or a piece of furniture. So a property law test decides the question of pet custody. This is in sharp contrast with the perception of many pet owners who see their pet as a close companion or member of their family.

In her paper - Who Gets Charlie? The Emergence of Pet Custody Disputes in Family Law – Mrs Rook says the law "needs to adapt and apply more suitable rules in determining pet residence disputes".

She wants to persuade the courts in England and Wales to take a more flexible approach that does not rely solely on the application of pure property law principles. Some courts in the USA and Israel have taken an approach that applies ‘best interests of the animal’ test.

The paper, while clear that pets are not the same as children, considers the existing ‘best interest of the child’ test to support and justify a new approach to resolving pet custody disputes.

Mrs Rook said: “More and more separating couples with pets are seeking legal advice and want to fight for custody of their pet when their relationship breaks down.

“But pet custody is not discussed at law schools when students are learning about family law and there is nothing in student text books. It’s an issue that is becoming more prominent – not just among celebrities but for other people - and I think the current law is inadequate to decide cases fairly.

“It is the emotional bond between the pet and at least one of its human carers that triggers the dispute. The dispute cannot be resolved by simply buying another pet of the same breed and type. A car, or a similar possession is just a thing, it can be replaced but not so a family pet.”

Animal charity Blue Cross has recommended that pet owners should consider entering into a ‘Pet Nup’ before getting married – the pet equivalent of a pre-nuptial agreement.

The charity has recently partnered with divorce lawyers Lloyd Platt & Company in an attempt to stop the numbers of pets getting caught up in marital disputes.

Mrs Rook sees this development as further evidence that the law needs to adapt and apply more suitable rules in determining pet residence disputes. She is now looking to speak to people who are in the process of fighting for custody of their pet or who have been involved in a pet custody dispute in the past to help build on her research.

Anyone interested is invited to get in touch with Deborah at debbie.rook@northumbria.ac.uk. 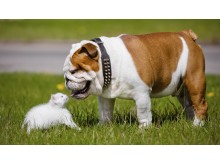 Pets are more than a piec...