During 2014 the University reduced its carbon emissions contributing to the sector improvement of 3.4%, diverted all general waste from landfill and increased staff numbers in its environmental sustainability team. 2014 also saw the University increase sending re-usable items to local charities by 144% and operate free weekly bicycle repair sessions for staff and students.

The University has won an Upper Second Class Award and is ranked 40th out of 151 universities in the People & Planet University League 2015 – the UK's only comprehensive and independent green ranking of universities.

Damon Kent, Director of Campus Services said: “Our progress in this league table is excellent news for Northumbria and demonstrates our consistent and genuine improvement in the area of sustainability”.

The People & Planet University League, an annual ranking by the national student campaign group, assesses the environmental and ethical performance of all universities, awarding First Class 'degrees' to the greenest and Fail to those doing the least to address their environmental and social impacts. Northumbria is one of 30 universities to achieve a ‘2:1’ in the 2015 league.

Hannah Smith, who compiled the People & Planet University League, said: "Northumbria is demonstrating great achievements and a real commitment to working on sustainability across the board. It's clear that the universities awarded with a 2:1 in this year's league are taking their response to climate change and social justice more seriously”.

At the end of the UN Decade of Education for Sustainable Development (2004-14) 44% of all UK universities now demonstrate a high level commitment to integrate education for sustainability across the curriculum.

Northumbria recognises the key role it has to play in caring for the environment and realises that environmental risks should be fully managed, minimised or removed by complying with environmental legislation and raising awareness of environmental sustainability to all connected to the University. For more information please visitwww.northumbria.ac.uk/sustainability 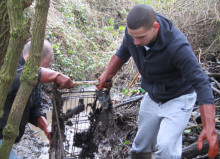 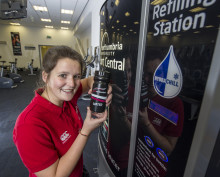