Two Northumbria students are tackling tomorrow’s most pressing social and environmental issues after being awarded prestigious prizes at the RSA Student Design Awards.

Aditya, a recent Northumbria graduate, developed a low-cost incubator that can save the lives of new-borns in refugee camps, helping them maintain an ideal body temperature. Its flatpack design runs without electricity and is made with local materials, including cardboard and beeswax. 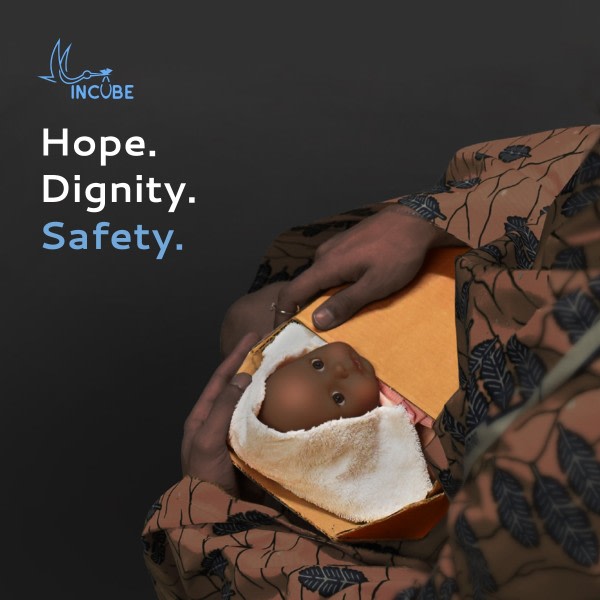 Kujal’s ‘Incube’ project was designed in response to the ‘Dignity in Displacement’ brief, sponsored by global technology provider NCR Corporation, at this year’s RSA Student Design Awards. The brief asked for a design to help displaced individuals find hope, dignity and safety to rebuild their lives.

Jessica has been awarded the AI 100 Award, sponsored by Phillips, for her prevention and chronic care management design ‘Nip It In The Boob’ in response to a brief that asked ‘how might we use AI to support people to reach a happy, meaningful and productive one-hundred-year life?’

Williams’ design is an AI driven, interactive service which allows women to record monthly assessments in order to enable early detection of breast cancer at home.

The Student Design Awards from the Royal Society of Arts (RSA) is the longest running competition of its kind in the world. Past winners of the accolade include former Nike head of innovation Richard Clarke and co-founder of IDEO and designer of the first laptop Bill Moggridge.

This year marks the 96th edition of the awards, and according to the RSA, the winners in 2020 represent a “new generation of socially conscious designers”.

Commenting on the award, Aditya said: “I feel incredibly honoured to have won among such amazing projects, all worthy of winning. Hopefully, winning the RSA will result in further opportunities.

“Incube provides the tools for displaced people to rebuild their lives. It can be set up by a mother alone, empowering them by making them self-sufficient. I believe that this design has the potential to save the lives of many premature and hypothermic babies in lower-income countries.

“I’ve had amazing support from both my tutors at Northumbria, Anthony Forsyth and David Parkinson, throughout the project.”

Jessica added: “Finding out I won was incredible, the whole experience has really highlighted what area of design I really want to pursue a career in, and really design for good.

“Most families, including my own have unfortunately been affected by some form of cancer. As it is such a widespread problem, I wanted to focus my project on enabling people to perform basic checks in the comfort of their own home which would be far less daunting than having to face a health-care professional.

“I really couldn't have completed this project without the support from the workshop technicians and my tutors at Northumbria.”

Anthony Forsyth, Senior Lecturer at Northumbria University’s School of Design, said: “The Design for Industry course has a remarkable track-record in the RSA competition with many wins in previous years. This perhaps reflects the way in which we encourage students to tackle complex issues with design proposals which are conceptually original yet grounded in real-world insights. Jess and Adi’s deserved success this year shows that our approach is still valid and demonstrates why our graduates are so sought-after.”

In a further coup for Northumbria’s School of Design, graduate Lewis Power has won this year’s Rising Star award at the Stockholm Furniture & Light Fair, an internationally renowned event where many leading Scandinavian brands launch their new designs.

Power won this year’s award with a series of four objects born from an exploration of ‘material worth’. Comprising two lamps, a bowl and a vase, Power’s debut Material Property collection was exhibited in the Greenhouse section of this year's Fair.

Graphic Design students from Northumbria University have teamed up with Sporting Chance to help promote the emotional and mental health support provided to athletes by the charity.

A collaboration between Northumberland National Park Authority and Northumbria University has seen the creation of ARcheoBox; a new walk-up-and-use interactive experience which uses augmented reality (AR) to allow the public to get hands on with 3D models of valuable historic artefacts.

Designs for a clothing collection inspired by childhood memories of time spent in the Scottish Highlands, helped a Northumbria University graduate secure an international design competition award, supported by Gucci.

Novel methods of searching the nation’s gallery, library and museum collections could soon be revolutionised by a visual search platform designed in collaboration with Northumbria University.

Philip Luscombe, who teaches on the 3D Design course within the Northumbria School of Design, was inspired by displays of altars, coins, pottery and jewellery unearthed from Coventina’s Well during a visit to Chesters Roman Fort in Northumberland.