The final stone has been laid in a new town centre square in the North East’s biggest regeneration project – in which Northumbria University is a key player.

At the centre of the development, Trinity Square itself will be a high quality public space with seating, planting and specially commissioned public art.

Cllr Henry said: “This public square is going to be a fantastic space. The quality of the materials used is up there with the best public spaces in Britain. I’m sure when all the shops, cinema and restaurants are open, and the students have moved in, it’s going to be a really bustling place.”

Professor Andrew Wathey, Vice Chancellor of Northumbria University, said: “This is a significant milestone for Trinity Square. When the students move in to their
state-of-the-art accommodation next year they will bring an additional vibrancy that will further enhance the regeneration of the centre of Gateshead.”

The Pennine sandstone laid was the last to cover over 6,000 square meters of pavements, steps and planters in public areas throughout the development. The stone comes from the same quarry, Moselden, that supplied stone to Mayfair, Whitehall, Regent Street, Oxford Street and parts of Trafalgar Square as well as a whole host of other high profile and high quality locations.

Trinity Square and the first stores, including Tesco Extra, are due to open to the public on May 23. The project has created around 1,000 construction jobs and it is expected that the completed scheme will employ 2,000 in retail and leisure.

Over 4,000 workers and specialist trades people have worked on the Trinity Square project, including the battle with one of the countries toughest winters. In total, over 50 working days were been lost due to inclement weather conditions but thanks to careful management and a dedicated team on site, the project is still set to be delivered on schedule.

When completed, the overall Trinity Square development will also include accommodation for almost 1,000 Northumbria University students. The first students are due to move in for the start of the 2014 academic year. 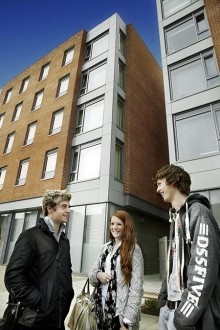 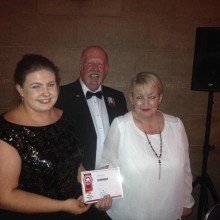 Northumbria University has beaten off stiff competition to walk away with two awards for its student accommodation.

Senior Lecturer in Film & Television Studies, Dr James Leggott, will be introducing the iconic Get Carter film on Thursday 26th June at the Vue Cinema in Trinity Square – the new Gateshead development that is set to house almost 1,000 Northumbria University students from September.

Northumbria University has opened the virtual ‘doors’ of its much-anticipated student accommodation in the heart of Gateshead. 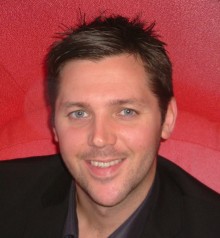 A Northumbria academic is in the running for the national title of Young Planner of the Year.