When Theresa May called a snap election in the UK, I was reminded of an old truism of British politics: that there is complete lack of interest in what is going on in Northern Ireland.

If the prime minister thought one jot about it, she would have remembered that Northern Ireland still doesn’t have a functioning government. She would have noted that she is holding a national vote while talks are ongoing to salvage the fragile power-sharing relationship between the Democratic Unionist Party (DUP) and Sinn Féin. A Westminster election will concentrate minds and enmities right back into Northern Ireland’s favoured zero-sum political division instead of reaching agreement. But this was as nothing compared to the mouthwatering prospect of facing Jeremy Corbyn’s Labour party at the ballot box.

The early signs in Northern Ireland, rather typically, are none too promising. The two main Unionist parties have already opened talks on an electoral pact to maximise the unionist vote in the Westminster election. That will alienate moderate Unionists who cannot bring themselves to vote for Arlene Foster’s DUP.

Meanwhile, Nigel Dodds, the DUP MP for North Belfast, has already called this vote an opportunity to reject the “Marxist-Leninists” of Sinn Féin. Notwithstanding a reference many young Sinn Féin activists will not understand, this is particularly nonsensical in light of the fact that Dodds’ own party has been sharing power with such “radicals” for nine years. The snap election in the UK has therefore been welcomed by the two largest parties as a further opportunity to make electoral gains, with the likelihood of an accompanying local contest to boot.

Some fear that the DUP will have less influence in a Westminster parliament with a large Conservative majority, but in truth unionists have lacked relevance since John Major relied informally on Jim Molyneaux’s Ulster Unionists to vote with the government in 1993.

The present atmosphere is driven as much by internal factors as anything happening in London. Since the recent Northern Ireland Assembly election, Sinn Féin has grown in confidence. The party made gains on the union majority in the parliament and now thinks it can possibly overtake the DUP.

Having come within one seat of Foster’s party, Sinn Féin’s current strategy is to look concerned to reach an agreement in post-election talks but to block it at the same time and blame the DUP and the British government for the failure. Meanwhile, it will push for another election to try and become the largest party. This was the logical way to keep the momentum going. 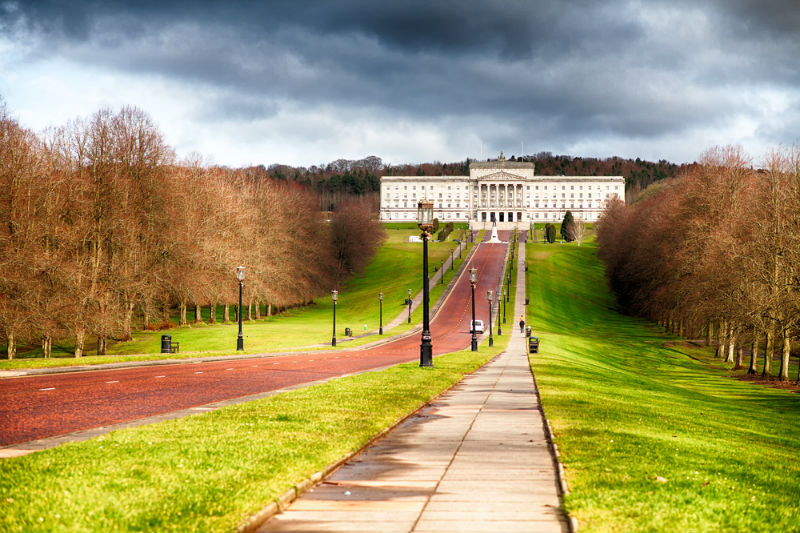 On the other hand, Sinn Féin may be about to slip on its own hubris. The DUP had a bad election but remains a robust brand. If James Brokenshire, secretary of state for Northern Ireland, uses Westminster election procedure to hold another Assembly poll – which he is constitutionally obliged to call if the parties do not reach agreement by early May – then the DUP would likely hoover up votes from the Ulster Unionist Party and win more than 30 seats again. Brokenshire’s other option is direct rule from Westminster, meaning that Sinn Féin could well be overplaying its hand at a time when it has ironically slipped back in recent polls in the Republic of Ireland.

In terms of the Westminster election, realistically speaking only one or two seats are likely to change hands. Sinn Féin will have its eye on Fermanagh and South Tyrone, South Down, and North Belfast. Its best hope is for compliance from the Social Democratic and Labour Party (SDLP) and the gradual squeezing of the same party in internal competition for the Catholic vote.

The constitutionally nationalist SDLP has already denied it will step aside anywhere, but the parties are currently meeting and, more importantly, Sinn Féin will never attract unionists to its banner. Its increasing expansion depends on Catholic voters who have moved towards the party since the 1998 Good Friday Agreement. They will keep choking the SDLP while becoming an updated version of them. Youthful SDLP leader Colum Eastwood has already cranked up the hyperbole by declaring that May had thrown “a grenade into the middle of our peace process”, but he is neither experienced nor clever enough to see that his real problem is Sinn Féin.

Calling an election in Westminster merely drives each side back into their respective enclave – the tribal comfort blanket which has been Northern Ireland’s stock-in-trade since the state’s foundation. Moderates and those not aligned to the two main blocs stand to lose out most. What May has done – not that she knows, or cares – is to give them even more of what they want.