As a scientist investigating climate change, I’m embarrassed by the high carbon footprint I have when I travel to, and work in, Antarctica. Researchers based in the UK regularly take four or five flights to reach the continent and the stations we visit rely on electricity from fossil fuels. Our food is shipped in and our waste is returned by ship to South Africa, South America or New Zealand. When we venture further afield for research and set up a temporary camp, a portable generator is flown in with us, along with our snowmobiles.

Antarctica is the most remote and inhospitable place on Earth, so it’s no surprise that people based there have struggled to break out of convenient habits. It’s cold. There are 24 hours of darkness in winter. Icicles build up on solar panels operating during the summer months and the concrete foundations for wind turbines won’t set in the cold. It’s expensive to ship in renewable energy components and it’s difficult to find warm and dry places to keep large batteries for storing energy.

These challenges are real, and yet, I’ve seen how they can be overcome at Antarctica’s only zero-emission research base, the Princess Elisabeth Antarctica Research Station in East Antarctica. The base is staffed during the summer season from October to March, when the majority of scientists – like me – conduct their research.

Dreamt up by the Belgian explorer Alain Hubert during his transantarctic crossing of the continent by kite ski in 1998, and constructed by the International Polar Foundation and its many partners, the Princess Elisabeth station has welcomed researchers since its first 2008-2009 summer research season.

The glinting silver pod looks like something from a James Bond film. It’s anchored by raised pylons, hovering above the East Antarctic Ice Sheet on a narrow granite ridge. In Antarctica these other-worldly structures are somewhat the norm. Raised, aerodynamic research stations litter the edge of the continent, where researchers from around the world gather to measure ice flows, the atmosphere and natural biomes. 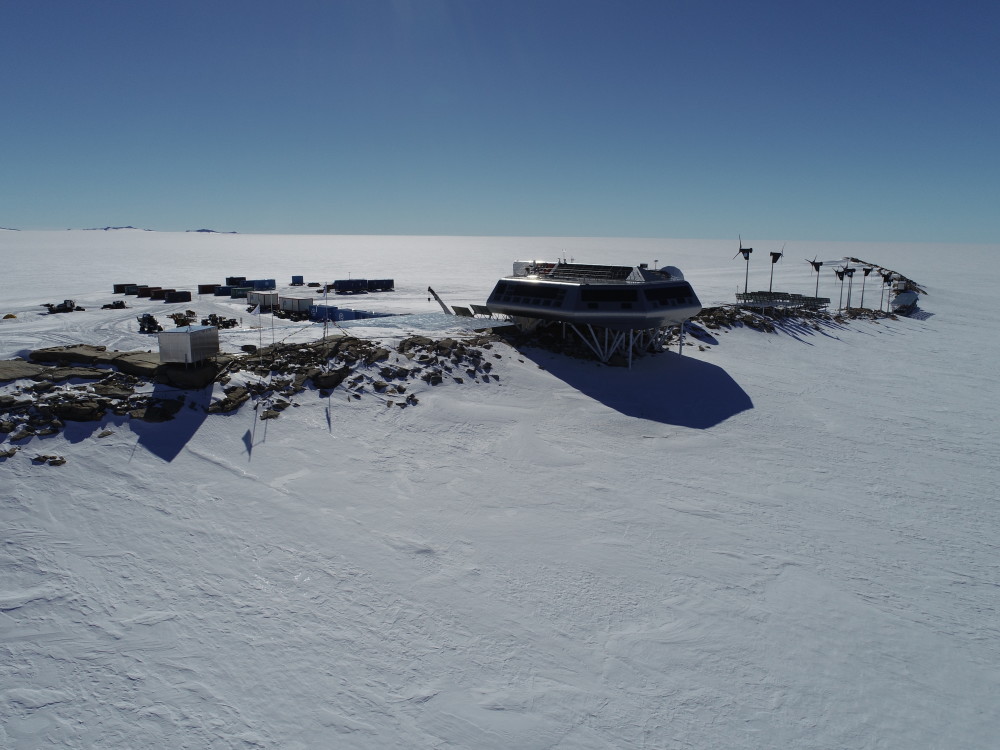 While these stations all have similar traits, the Princess Elisabeth stands out. I have never seen anything like it. Almost every inch is covered in solar panels – on the roof, on the walls, on the side of sleeping containers. They are even screwed to frames anchored to the ground.

Solar panels have to be mounted high above the snow-covered ground to capture the 24 hours of daylight during the austral summer. Wind turbines are drilled into the granite ridge beneath the snow and ice, removing the need for large concrete foundations. Their blades are maintained with carefully designed polar lubricants, but they can shut down production during intense storms. These renewable energy sources melt snow for water, which is filtered and reused on site to reduce waste.

The whirl of nine wind turbines generates the reassuring sound of regular clean electricity on base. While other research stations have to use fossil fuels to keep station staff warm, fed and hydrated, the Princess Elisabeth station uses 100% renewable energy supplied by the sun, the wind, and plentiful frozen water. 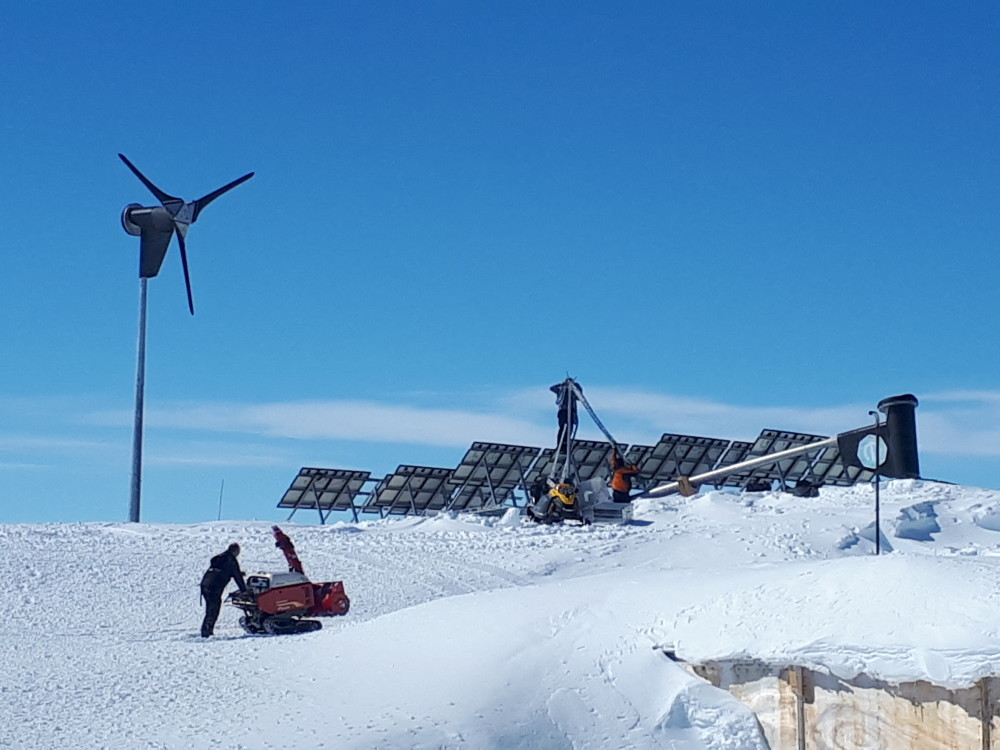 There’s no need for conventional heating here either. Nine layers of cladding and insulation keep the biting Antarctic cold out, and the pleasant warmth of the station in. Every piece of electrical equipment runs on renewable energy. Even my hair dryer is powered by the almost constant Antarctic winds and summer daylight.

In order for the base to run as sustainably as possible, there’s a strict hierarchy for energy use on the base. Safety is the priority, so electricity for the doctor’s surgery, the base commander’s office, fire alarms, smoke detectors and satellite connections that can alert the need for outside help are maintained first. Basic human needs like food and water are a close second, while working facilities, like lights, microscopes and laptops come third.

Unnecessary luxuries like showering or laundry are at the bottom of the list for energy need priorities. We shower once or twice a week, using push-button showers to limit how much water we use. Everyone understands and respects these systems. We all come to Antarctica to experience one of the most enchanting natural environments on Earth, we don’t come here to pollute the environment.

When I asked Alain Hubert, the expedition leader, why he wanted to build a zero-emission base in Antarctica, he said that if we can do it here, we can show the world that it can be done anywhere. I hope life and work with no carbon emissions can become a reality for people everywhere. The Princess Elisabeth Antarctica Research Station shows us that these zero-emission lifestyles are within reach.

As the current holder of the prestigious Baillet Latour Antarctica Fellowship, I’ll be able to visit the station once more, in January 2020, to collect samples that will allow us to better understand the global carbon feedback cycle. By then, working there will become even more sustainable with new electric-powered snowmobiles. I can’t wait to try them out.

This article was originally published by The Conversation, click here to see the full article.